MINI has made its first foray into the lucrative ‘crossover’ market with the launch of a 115,000 tonne aircraft carrier.

The Mini Aircraftman has its roots in the original design by Sir Alec Issigonis, but is 330 metres longer and can carry up to 90 F14 tomcats.

Parent company BMW said the new model is designed to attract customers who may have been tempted by the Nissan Qashqai but wanted something with a bit more luggage space.

A spokesman said: “The Aircraftman is great about town or on country roads with plenty of room for your growing family. It’s also really useful if you need to project power, say in the Arabian Gulf or off the coast of North Korea.”

The new model has already been awarded the maximum five-star NCAP safety rating with tests showing that if you were in a collision you would have no idea you had been in a collision.

Carbon emissions of  537,000g/km mean it will cost more than Â£3m per year to tax, but Mini said owners would save on insurance because it is virtually impossible to damage and you can only steal it if you have all 27 keys as well as ‘code nine’ clearance from the National Security Agency.

But Mini enthusiast Julian Cook, from Finsbury Park said: “There’s something about it which just isn’t quite ‘Mini’. I can’t put my finger on it.

“Perhaps it would help if there was another remake of the Italian Job and they had half a dozen of them going up and down some steps in the centre of Turin.” 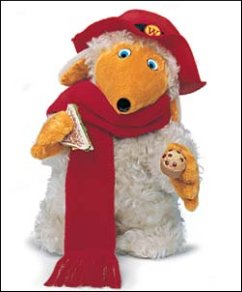 ENGLAND fans gathering in London ahead of tonight’s qualifying game against Bulgaria have been involved in running battles with the capital’s Womble population.

Riot police have described the situation in Wimbledon Common as calm, but litter-picking is still banned in the park until further notice. A decision is still to be made on what will happen to the things that the everyday folk leave behind.

Chief Inspector Wayne Hayes said: “This is the worst I’ve seen since Paddington Station burnt to the ground when England played Peru in a friendly back in 1983. At the time you couldn’t move for graffiti calling somebody a ‘Marmalade-eating fuckface’.”

Yesterday’s disturbances started after a Womble known locally as ‘Tomsk’ approached a group of England fans and asked whether they had finished with their discarded lager cans.

Eyewitnesses said the fans started chanting about the sexual availability of someone named ‘Madame Cholet’ and within 20 minutes a gang of tooled-up Wombles, armed with long pointed sticks, had arrived.

One member of the hardcore England supporter’s element known as ‘Jossy’s Giants’ said: “I ain’t being funny, right, but this country’s been going to the dogs since the 50’s when they let them soppy Flowerpot bastards come over here and start entertaining our kids.

“Couldn’t speak a word of the language and they get their own garden, meanwhile my nan was living in on the 8th floor of a tower block. Fucking disgrace, innit?”

A spokesman for the Womble community asked for calm, adding: “I don’t know if this makes any difference, but we’re not actually Bulgarian.”