Britain Still Lying About How Drunk It Is

BRITAIN continues to tell the most transparent lies about how much it has had to drink, according to new research.

The Institute for Studies found that more than 70% of British adults said they have had only one or two small glasses of white wine shortly before collapsing into a hedge or climbing on top of a car and going to sleep.

Professor Henry Brubaker said: “Maybe it’s the new puritanism or some bollocks like that. All these fuckers going round saying ‘don’t do this, don’t do that’ and now everyone’s trying to look all goody-goody. It’s all fucking SHIT.”

He added: “That said, I myself have never been one for heavy drinking. Yes I did go to pub at lunchtime but I’ve only had a couple of pints. You fuckers.

Attempting to hold on to a railing that wasn’t there, Tom Logan, from Stevenage, said: “I’m fine. I am fine. Do you know Geoff? What time is it?

“Oh dear. I think someone must have slipped a little something into my bandy shass. Oh dear. Do you know Geoff? What time is it?”

Meanwhile Helen Archer, from Durham, insisted she was okay to drive because she had a big lunch and vodka doesn’t count.

“But then again why would they, given that I don’t drink because I’m such a good girl.

“Now then, who would like to see what’s in my knickers?” 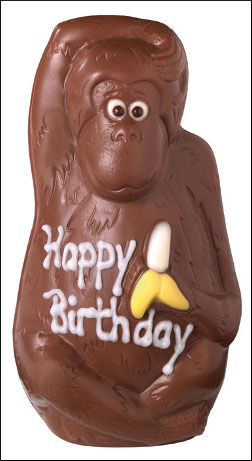 THE creation of the universe did not involve even the tiniest bit of chocolate, according to Professor Stephen Hawking.

In his new book the world’s most famous physicist argues that the Big Bang was an inevitable consequence of the laws of physics and not an exercise in making some nice chocolatey things on a rainy Sunday afternoon.

He said: “It also did not involve high-heeled shoes, double glazing or a balloon with a monkey’s face on it.

“Or for that matter a Kraft cheese single, the Spanish Grand Prix, a miniature tea set or a cow on top of a horse.

But Hawking’s latest theory was immediately challenged by some angry chocolate fans armed with a series of brilliant questions.

Julian Cook, from Durham, said: “If that’s the case Mr Hawking, then why is everything so chocolatey? And why does this balloon still have a monkey’s face on it?

“And – though it probably goes without saying – if the creation did not involve chocolate or monkey balloons, then who made your so-called ‘physics’? Thrust and parry!”

Professor Hawking had previously argued that a ‘grand unified theory of everything’ could offer a glimpse inside the mind of chocolate but now accepts that such a discovery would finally make chocolate irrelevant, except for maybe Aeros and Wispas.