New ‘London pound’ coin to be worth about 45p

THE new 2017 pound coin will be a special ‘London pound’ worth less than half as much as the national version.

Londoners will be paid their salaries in the new currency without any increase to reflect the lower value, then be expected to still somehow pay their rent and bills.

A Royal Mint spokesman said: “It’s past time London had its own currency which reflects the remarkably poor value and hellish nature of the city.”

Restaurants and cafes have already prepared for the new coin by removing the ‘£’ signs from menus to make prices seem less extortionate.

Londoner Norman Steele said: “According to this menu a bacon butty is ‘7’. I knew there was no way that would be in normal pounds because it’s a bit of bacon jammed between two slices of bread.

“It’s good to know the precise terms on which I am being totally fucked.”

Gay man finds it in himself to tolerate religious person 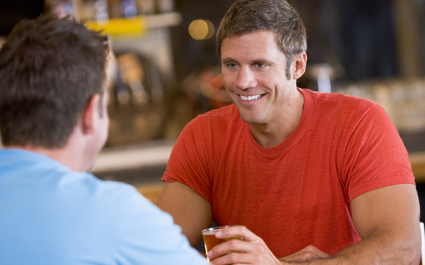 A GAY man has met a Christian who appears civilised and could even be described as nice.

Tom Booker met church-goer Wayne Hayes when he started working in his office, and has expressed his surprise that he ‘really couldn’t tell’.

Booker said: “We often end up in the kitchen at the same time to make a cup of tea, so we started exchanging pleasantries and worked up to longer conversations.

“He was always nice enough and talked about his family and allotment and stuff, so I presumed he was just a normal person. However, a few weeks later he mentioned something about believing in God.

“I was really shocked, but he seemed very cool about it. I asked if he thought it was just a phase and he said no, he’d been feeling this way since he was about nine.

“I wanted to ask him what Christians actually do in church, but I got worried that he might think I’m secretly into it and try to recruit me. He hasn’t mentioned it since.

“It’s almost as if it’s a perfectly acceptable way to live your life, which has really given me pause for thought.  Just because you expect someone to be a massively judgemental dickhead, it doesn’t mean they will be.”