No rush for HS3, say Northerners

NORTHERN rail commuters have admitted that they have no real need to go anywhere very fast.

The proposed Manchester-Leeds link, which would take people between the two cities without giving them chance to make a proper brew, has been condemned as ‘neither use nor bloody ornament’ by locals.

Stephen Malley of Glossop said: “It’s not like we have business meetings to get to or anything, and there’s no rush to lean on a gate looking out o’er the moors.

“I mean there was all that fuss over installing a telecommunications system back in the 1950s, and everyone’s just stuck with the pigeons.

“As long as they still run the Wakes Weeks specials to Blackpool every factory fortnight we’re not mithered.”

Transport secretary Patrick McLoughlin said: “When you either work at t’mill down t’road or are unemployed, you don’t need a high-speed train to get there.

“This money would be better invested in a high-speed link between London and other parts of London.” 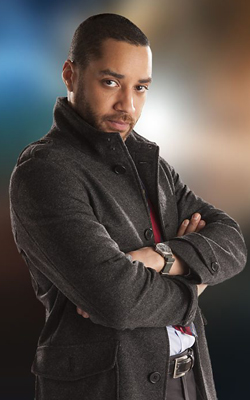 CONTROLLING boyfriends think Danny Pink is the all-time top Doctor Who companion, it has emerged.

Just likes to know where she is

A Radio Times poll found the character was popular with jealous males thanks to his constant attempts to stop girlfriend Clara doing any time travel.

Insecure 27-year-old Tom Logan said: Dannys great because hes always hassling Clara about where shes been or who shes phoning, even if the human race is about to be wiped out.

They should do an episode where the daleks come up with a foolproof plan for invading earth but Clara cant help because Dannys decided theyre staying in to watch a DVD.

Or he could hide Claras shoes in a pathetic attempt to stop her leaving the house. That would be brilliant, especially if he starts making veiled threats to kill himself if she ever leaves him.

Doctor Who fans are hotly debating their theories about Danny online, the most popular being that he is actually the Master, who never got over being dumped by Clara after they went out for a bit in a different timeline.

Showrunner Steven Moffat said: I can reveal there are going to be some pretty exciting scenes in which Danny tries to undermine Claras confidence by criticising her hair and claiming shes put on weight.

Then he totally loses it and accuses her of sleeping with not just the Doctor, but also Robin Hood, Madame Vastra and the Skovox Blitzer, if you can bear to remember that Toys R Us nonsense.