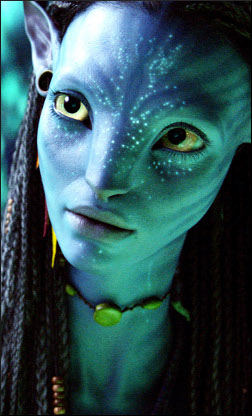 Shaomou, whose name means 'Michael Jackson lyric' in Mandarin, is suing the director for £97m after stating that Avatar lifted several key story details from his novel Blue People Of The Allegory Mountains.

He said: "My reputation is in tatters now everybody knows I write stuff that could be turned into something like Avatar.

"I'm an absolute joke in the fantasy fiction community, which as you can imagine takes quite some doing.

"I spent seven years writing my 1.2 million word book, only for James Cameron to make a fortune out of it by trimming it to 18 hours, adding loads of brilliant explosions, marketing it really well, having an innate sense of populist tastes and… well… look, that's not the point.

Shaomou claims he first noticed the similarities when the film passed the $1bn mark at the box office, adding: "I suddenly realised there was something very familiar about all that money."

Entertainment law specialist, Nathan Muir, said: "Shamou doesn't stand a chance. Any half-decent lawyer will be able to prove that the Avatar storyline is what happens when a maniac rolls around the New Age section of Waterstone's covered in Blu Tac."

Last night James Cameron rejected accusations of plagiarism adding: "You talkin' to me? Because frankly my dear, I don't give a damn. But go ahead, make my day because I'm mad as hell and I'm not going to take it any more."

He added: "And by the way, we're going to need a bigger boat."