Scottish And Southern Cuts Prices Just In Time For Summer

SCOTTISH and Southern Energy has made the bold move of cutting its prices to coincide with it getting lighter and warmer of an evening.

The company said the cut would represent a £30 a year reduction, or just enough to buy the three litres of Asda Smart Price vodka you are going to need when you open your latest quarterly bill.

A spokesman said: "This our way of saying thank you to our loyal customers and reminding them that unless they want to burn pig dung they can shut it."

The company has pledged to review the price structure approximately 1.5 seconds after the first leaf hits the ground in September.

Should next winter prove to be a mild one, they plan to rent a fleet of tug boats to drag Britain 800 miles north and park it off the coast of Norway.

Although the utilities market is still volatile, the company stressed that its autumn pricing would be linked to wholesale factors, supply guarantees and an overwhelming desire for a Mercedes S-Class and a private zoo.

Gas user Tom Logan said "This great news means we may be able to afford some bacon this summer, or perhaps even a little sausage.

"Although if we want to cook it, we are going to have wait for a hot day and then leave it on a large flat stone."

Huge Rise In People Being Blackmailed By Their Own Wheelie Bins 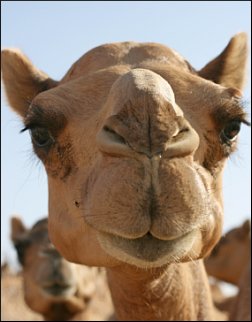 THE number of people paying hush money to their wheelie bins has increased by 60 percent in the last 12 months, it emerged last night.

With more councils installing artificially intelligent bins, people with something to hide say the cost of being blackmailed could force them to give up at least one of their sordid and disturbing obsessions.

Ian, a 32 year-old from Stevenage, said: "It started last September. I dropped a bag of rubbish into the bin and turned to walk away when I heard someone say the word 'pervert'.

"I looked up and down the street, but there was no-one there so I started to walk off, but then I heard the same voice again saying 'yeah, you… pervert'.

"I then realised it was coming from the direction of the bin. As I leaned in, the bin suddenly started chuckling and said 'I know what you've been up to, with your washing up gloves and your ketchup and your over-ripe melons'.

"It then explained that £50 a week should cover it and gave me its sort code and account number so I could set up a direct debit."

He added: "At first I was very resentful and would get up in the middle of the night, heave it into the back of my car and drive it to an old quarry or leave it in the middle of a field, but it always managed to find its way home by morning. And of course when you try and pull that sort of shit with a corrupt wheelie bin, it's only going to cost you more money."

He added: "Eventually you just have to accept the situation and factor it in to the overall cost of your shameful but irresistible perversions."

The Local Government Association insists most wheelie bins are not programmed for blackmail and will usually recommend counselling, medication or a hefty dose of church.

Meanwhile Britain's serial killers have launched a petition demanding stupider bins unable to piece together the eclectic mix of clues contained in the refuse bag of a typical maniac.

Roy Hobbs, from Doncaster, said: "Most weeks I'll throw away 28 Alphabetti Spaghetti tins, a dozen empty bleach bottles, three bags of feet and a copy of the Daily Mail which I've covered in yellow highlighter and exclamation marks.

"I know I should probably stop reading it. But I can't."