Ofgem asked if it could maybe, possibly consider doing something about energy companies ripping everyone off

THE British public have asked Ofgem if it could perhaps, as the official regulator, stop energy suppliers overcharging customers instead of just warning them about it.

The response follows Ofgem’s latest advice that energy companies are continuing to overcharge customers whenever possible, which is a terrible shame but what can you do.

Tom Logan, from Hitchin, said: “If Ofgem is a watchdog, then it’s one that comes to you the next morning to say there were burglars in last night, they’ve completely cleaned out the whole house and it saw the whole thing but didn’t bother to bark.

“What exactly is the point of telling me I’m being overcharged? What should I do, stop using gas and electricity until the suppliers capitulate to my demands?”

An Ofgem spokesman said: ““Regulatory powers? Yes, we do have some of those, but I don’t think we’d really want to actually use them.

“We’re not bullies. Not like those awful energy companies.” 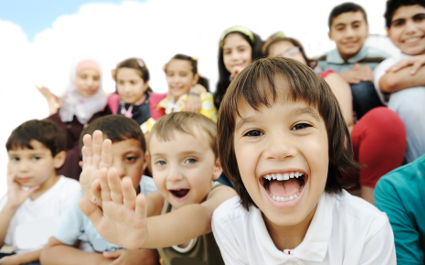 APPROXIMATELY 500,000 six-year-olds are being taught in a single class by a harassed and distracted teacher.

The class, which is meant to be learning about hot and cold lands, contains 82,000 pupils who need help getting their coats off, 22,000 pupils asking to go to the toilet, and a further 44,000 who have unfortunately had a little accident.

Teacher Eleanor Shaw said: “Obviously we’re trying to provide – no, don’t put that in the fish tank, Olivia – the best possible education – Rowan, no fighting – for the children, but – George, if I hear one more word from you I’m afraid the Smile Shop will be closed.

“If it weren’t for the 1,750 problem pupils we have like Theo, David, Ella, Abdul, Sophie, Hunter, Archie and Morgan then I’m sure it would be fine, but they can be disruptive and it’s hard to deal with when they’re more than a mile-and-a-half away.

“Still, I am confident that the majority of them know some letters of the alphabet and at least one number, so I’ve exceeded standards in the average free school.”

Parent Stephen Malley said: “Dylan does sometimes come home with someone else’s shoes on, having not had lunch and with his hair on fire.

“Still, it’s free childcare so we don’t give a shit.”