A RAZOR blade company has expressed surprise that its latest advert has pissed off a lot of dickheads.

In a stunning development, the company’s latest campaign – which calls on the #MeToo movement to tell men to be ‘the best they can be’ by not being dreadful – resulted in a totally unexpected backlash from spluttering idiots.

A company spokesman said: “We had no idea that this advert would be so effective, especially after a recent advert for vegan sausage rolls failed so spectacularly to provoke angry middle-aged men.

“Who could have predicted this reaction and the avalanche of free publicity we received from it? Certainly not our marketing department.” 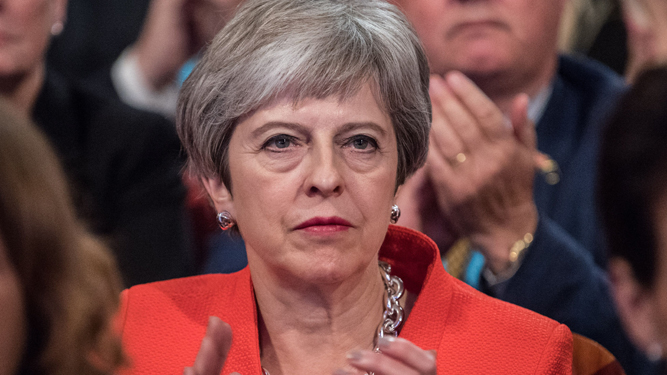 BRITAIN has agreed that Theresa May’s humiliating defeat is undeniable evidence of karma.

Millions of people rejected the idea that the defeat was due to a flawed Brexit deal and a deeply divided party, insisting it was simply the spiritual law of the universe.

Hairdresser Nikki Hollis said: “I think the mysterious forces of the cosmos have decided she needs to punished for Windrush, her Brexit opportunism and probably even those shit jokes she keeps making.”

Meanwhile, any brief pangs of sympathy for the beleaguered prime minister quickly disappeared when voters remembered who she is and what she is like.

Office worker Tom Logan said: “I thought about how awful another setback must be for this poor, stressed-out woman who looks a bit like my mum. Then I thought, ‘Fuck it.’

“I remembered her lying about the cat. And using horrible bigots for her own ends. And putting her own career above the interests of the country. Those are the sort of things bad guys do in films.”

Hollis added: “If you were on a life raft with her she’d probably push you overboard while you were asleep so she could have all the water and survival biscuits.”