WORKERS who demand to be paid are missing out on valuable opportunities to showcase themselves and add to their CVs, it has been claimed.

Doing it for the love of phone-answering

Business leaders have warned that candidates who demand financial reward for their efforts run the risk of looking churlish and mean-spirited.

However those willing to work for nothing will find a much wider range of career paths available to them, which could lead to more work at some point in the future.

Media company boss Norman Steele said: Gone are the days when work was regarded as a weekly grind which you did in exchange for cash to buy food, warmth, shelter and clothing.

Today that cynical, mercenary attitude wont get you much further than a dead-end job in a call centre and rightly so.

We want workers who find working in itself a profitable experience. Even a simple task like making hot drinks for board members teaches valuable lessons like humility and not putting the milk in first.

Indeed, said Steele, even the idea of working for free is becoming outdated: The trouble with todays young internet generation is they expect everything for nothing. The real world isnt like that.

High end employers like Sting will charge you for the prestige task of picking olives at his Tuscany groves and rightly so. Hes running a business, not a charity.

Australia wants to get its war on 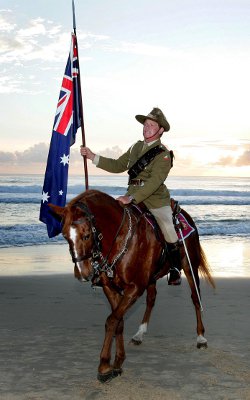 AUSTRALIA has said it is willing to join bombing missions in Iraq, or anywhere else, because it loves a good fight.

The country, which is as belligerent as anyone else in the West, complains it always gets forgotten when the fun starts.

Prime minister Tony Abbott said: We would love to be a bigger player on the geopolitical bombing scene but the problem is that were in the arse-end of nowhere.

Tony Blair fooled his people that Saddam could blow them up in 45 minutes. But if I tried to claim missiles could reach us in 45 days, theyd laugh me out of the country.

Who are we meant to pick a fight with down here? Papua New Guinea? Hobbitland next door?

Here we are, one of the few countries in the world big enough to shrug off a nuke, and nobody to scrap with. Makes you bloody weep.

“We try to compensate by giving immigrants a hard time but its really not the same.”

A spokesman for the US Army said: We always invite Australia to our wars, but youd be surprised how few conflicts need an elite surfing battalion.

Also, for all their big talk, one shots fired and they jump back into the sea.