PREMIER Foods has unveiled a new range of bastards who smell like fresh strawberries.

The Mr Kipling owner is branching out from cakes with a range of organically-made business school graduates imbued with the company’s horrible philosophy.

A spokesman said: “Add one of our bastards to your life and watch them screw the fuck out of anybody who pisses you off.

“These monsters don’t leave the factory unless we’re sure they can inflict abject misery wherever you point them.

“And everything your bastard does is 100 percent legal. Which makes them even more scrumptious than a dirty little pie.”

Number of people on conference call somewhere between five and 130,000 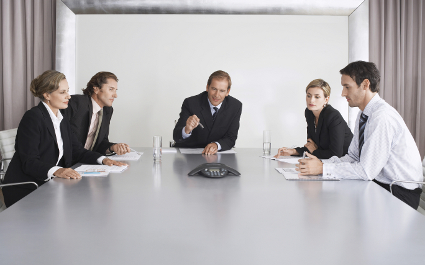 THE number of people simultaneously talking down a static-filled phone line has been estimated as between five and the entire population of Preston.

The call, co-ordinating marketing strategy between head and branch offices of KJC Services, has reached the 20-minute mark with no clear leaders and a succession of beeped arrivals and departures.

Manager Carolyn Ryan said: “We managed to agree that the weather wasn’t good, though I’m not sure whether that was referring to the weather in London, Shenzen or New York.

“Every time I speak, after an awkward 12-second pause, everyone else speaks as well and not a word can be understood.

“There was someone with an American accent talking for a while and we were all straining to hear it, then we realised it was Columbo on in the background.

“I’m pretty sure I haven’t heard the same voice twice and the last few seemed to be giving me urgent messages to pass on to the living.