Ryanair cancellations 'act of kindness in many ways'

FLIGHT cancellations mean that thousands will be spared the ordeal of travelling with Ryanair, it has emerged.

With the budget airline cancelling hundreds of flights over the coming weeks, many customers have realised that at least they won’t have to endure the horrors for which they had braced themselves.

Ryanair customer Nikki Hollis said: “I won’t miss the feeling of being crammed in like a calf on some documentary about inhumane farming methods.

“I’m a bit disappointed my flight’s off, but I suppose it’s like buying a set of kitchen knives from a 99p shop. You can’t really be surprised when they don’t do what you’d hoped.”

Would-be passenger Tom Booker said: “On one hand I wanted a cheap holiday, on the other that fanfare thing Ryanair plays when the plane lands freaks me out.

“I mean, what sort of airline congratulates itself on a safe landing?”

London house prices falling because it is horrible 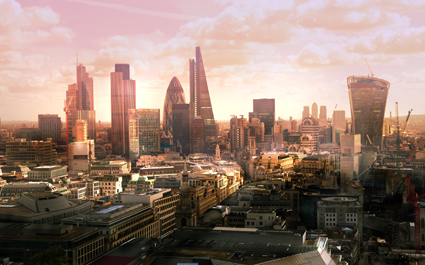 HOUSE prices in London have slumped because the city is an awful consumerist nightmare, it has been claimed.

After it emerged that London property prices were falling at an unprecedented rate, experts said this could be because it is a ghastly, depressing place full of adverts and bastards.

Professor Henry Brubaker of the Institute for Studies said: “Besides the obviously economic challenges faced by London residents – that’s an academic way of saying it’s a fucking rip-off – everyone there seems very angry and you cannot open your eyes without seeing the Trivago woman’s chilling, flawless face.

“I suppose it’s good if you like massive trainer shops with a weirdly fascist vibe, huge characterless swathes of fancy flats and queueing for 45 minutes to go and eat a £20 burger.”

Londoner Emma Bradford said: “Like most people in London, I moved here to prove some sort of weird point to the people in my home town.

“Now I have a job in marketing and pay a cleaner who comes to do nothing in my tiny flat, just because it’s ‘what you do’. Keep away from this city. Save yourself.”