Ryanair May Be Irish, Say Experts

LOW-COST airline Ryanair may be an Irish company, it was claimed last night.

Aviation experts said that expecting passengers to stand for an entire journey on board a plane travelling at 400mph and vulnerable to turbulence and sudden, sharp descents did have a 'flavour of the Emerald Isle about it'.

Tom Logan, from Brunel University, said: "As far as we're aware most of their flights are vaguely on time and the whole thing is reasonably piss-free and efficient, so we knew they weren't English.

"And of course there are no planes in Wales because of their fear of dragons, so we were able to rule that out.

"Then we noticed they were always in the newspapers for horrible, mean-spirited ideas designed to accumulate as much money as possible with no regard for anyone else, so we just assumed they were Scottish.

"But now with the 'standing up on a plane' idea it seems they may actually be from Ireland."

Ryanair boss Michael O'Leary said if there was no standing room left then passengers could be strapped to the roof or hang from the engines on a rope.

He added: "Thousands of people stand on tube trains every day. I completely fail to see to the difference.

"Sure, the tube tends to stay below 30,000 feet and seldom goes over 400mph, but I think there's a big market for people who think a long weekend in Gdansk is worth dying for."

A spokesman for the Civil Aviation Authority said: "He's like a cross between Willy Wonka and a leprechaun that was abused as a child. It's endearing and terrifying in equal measure." 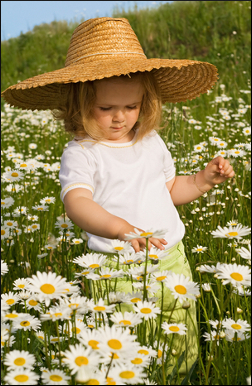 THE world became a safer place last night after the United States and Russia agreed to keep just enough nuclear weapons to kill every living thing on the face of the Earth twice.

President Obama and President Medvedev signed a historic agreement in Moscow which means there can now be only one encore to you and everything you have ever known being incinerated in a boiling cauldron of white-hot death.

A US State Department spokesman said: “At the beginning of the 1980s we had enough weapons to kill everything eight times.

“But of course back then, in the age of Spandau Ballet and The Dukes of Hazzard, it was very fashionable to be able to kill things at least six times, preferably nine.

“In the southern US states convicted murderers would be executed at least seven times. In Texas they would strap you to the chair, electrocute you, remove you, and then repeat the process up to 14 times depending on the television schedules.”

He added: “But the relationship between the United States and Russia has evolved and matured over the years and we have gradually reduced our ability to kill everything at least eight times to the point where we can now merely kill absolutely everything twice.

“And let’s not forget that only 16 million people have been killed in wars since 1950, so it’s working incredibly well.”

Dr Julian Cook, of the Institute for Studies, said: “One of the missiles is being constantly moved around on a big trolley so that it’s always pointed at wherever Osama Bin Laden is currently rumoured to be.

“Apart from that we’re not entirely sure what the rest of them are for. Pakistan and India have their missiles pointed at each other, while North Korea has only just started making pizzas so I suspect their nuclear weapons won’t be ready for quite some time.”

He added: “Then again, the French do have independent nuclear missiles, so I suppose it does make sense to retain the option of killing everything in France at least twice.”