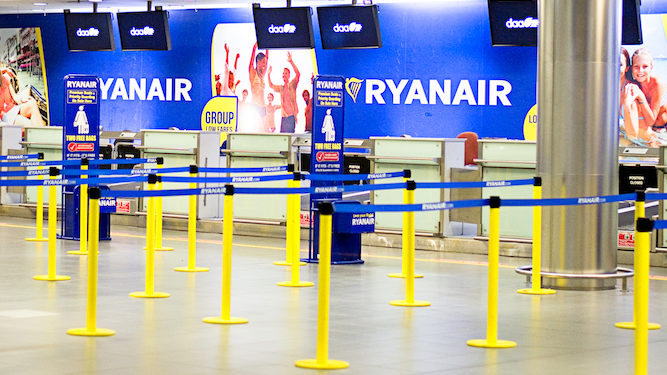 RYANAIR has agreed to compensate passengers whose flights were cancelled by banning them from flying Ryanair ever again.

Passengers owed hundreds of pounds have enthusiastically embraced the deal which they have called ‘more than we could ever have hoped for’.

Sue Traherne, from Bolton, said: “Just to know that when you browse flights that you won’t give in and pick the cheapest option because you’re actually banned gives me such peace of mind.

“They’ve circulated our names, our passport numbers and our photographs so there is absolutely no way they can go back on this. It doesn’t feel real saying this, but we’ve flown Ryanair for the last time.

“Yes we’ve lost £600, but from now on we’ll know that when we book a flight we’ll be able to board it and fly to our destination. That’s all we ever wanted.”

A Ryanair spokesman said: “There is of course a charge for not flying Ryanair. £18.99 per person.”

May suffers wedgie, stolen shoe and drink tipped in bag in single day 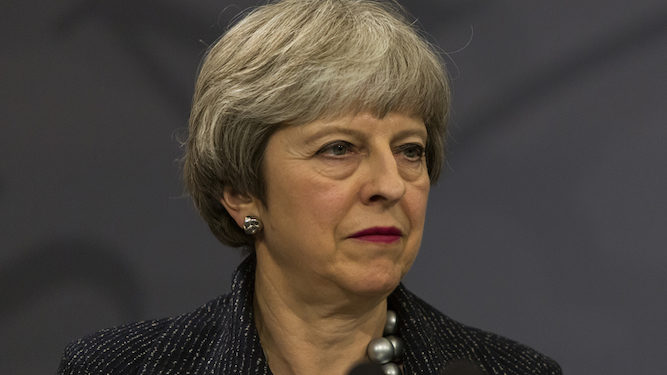 THE prime minister has been given an atomic wedgie, had her shoe stolen and seen a full blue drink emptied into her school bag all in one day.

Theresa May also had her hair ruffled, her packed lunch thrown over a fence and was pushed backwards by one MP while another MP was kneeling behind her, causing her to sprawl on the ground.

Political commentator Helen Archer said: “She did recover her shoe eventually but it had been in the dinner bin and you could smell it even on the backbenches, and all her Brexit notes were soaked in blue drink along with her special pencilcase.

“Of course, she acted like none of it bothered her and as if everyone else was being childish like she always does, which only spurs them on to do even worse.

“I wouldn’t be surprised if she’d not had her head flushed in the bogs before the week’s out. It’s just the political climate, I’m afraid.”

May said: “Well I’ll show them because when I leave here I’m going to get a really important job and they’ll just be scum.”