SALES of the British-built L115A3 long-range sniper rifle have risen by almost 250% in a single week, it emerged last night.

The record-breaking increase comes after a corporal in the Household Cavalry blew the heads off five Taliban insurgents from the bathroom window of his house in Oxfordshire, almost 4000 miles away.

The corporal, who cannot be identified because he is probably Andy McNab, was at home photo-shopping his face out of his own wedding pictures when he received an SOS call from a platoon who were pinned down and required urgent sniper assistance.

Sources said the corporal made the kills then ran to the other side of the house and won a fairground sharp-shooting competition that was taking place in Houston, Texas.

A spokesman from manufacturers Accuracy International who wished to remain anonymous because he is probably Andy McNab said: “It’s a versatile killing machine that you can a potter around with at home or use as part of CIA black-op that does not exist.”

“I found a website that was doing them half price and he could trade in his RPA Rangemaster .50 at the same time. He hardly ever used that old thing anyway  – the night-scope kept catching on the clip of his dungarees.”

She added: “He’s so happy with the L115A3. Its superior weight-to-range ratio is much better suited to his size and offers unparalleled accuracy and adaptability in a variety of adverse weather conditions. And it came with a Pizza Hut voucher.”

Weekend air-rifle enthusiast Cyril Thompson who is probably Andy NcNab, said: “Before, when I took my little nephews out shooting we were limited to rats, pigeons, maybe the odd Asian. But last Sunday Eric took down two cows that were lined up with a single shot.

“Quite impressive stuff when you consider that one of them was in Colchester and the other was in Tunisia.”

Lars Von Trier Revealed As 'Sex And The City' Mastermind 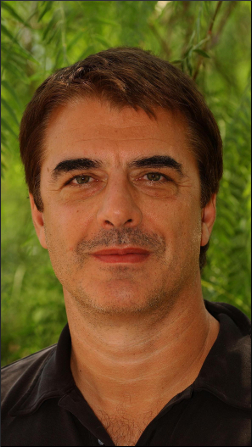 THE Sex And The City franchise was secretly conceived by Lars Von Trier as an exercise in existential horror, the Danish director has revealed.

The director said: “The philosophy behind my films is that the our world is a vile and hateful place. I imagine it as a vast dried-out white dog turd shat out by a massive lame, sore-covered alsatian, then wanked on by a passing cosmic tramp. Or something along those lines.

“In my early career I tried and failed to convey the essential pointlessness of trying to do anything good through violent, dark and hallucinatory films that contained just enough nudity to get them onto the shelves of Blockbuster. But I could not truly capture the stench of human awfulness.”

He added: “Then, one Tuesday afternoon when I was idly drowning some moths in a jarful of piss I was seized by a vision of four sassy, high-achieving female New Yorkers gossiping about sex, shoes and trying to figure out just what it means to be a woman in the 90s.

“I knew instantly this this would be the most depressing thing ever conceived. I shelved my planned project – David Hasslehoff rutting with a dead horse during a solar eclipse, filmed in real time – and began pseudonymous work on The Futility Mindfuck, or Sex and the City as it would later be called.”

SATC fan Nikki Hollis said: “I don’t care if Sex and the City 2 is a thinly-veiled thesis on the nihilistic horror that underpins all human existence. They’re still four funny chicks with great hair.

“Or three if you don’t count the ginger one.”