NO sheepdog has ever made the transition to shepherd, it has emerged.

Border Collie Tom Logan said: “I’m out there busting my arse every day, running like fuck in zig zags until all the sheep are in their pen.

“I only have to look at a flock of sheep and they all sit down. No one knows ovine psychology like I do.

“Why then am I sleeping in an outbuilding next to a sack of potatoes? Because I’m not a biped.”

Logan added: “I could easily run my own flock. I’ve got great ideas for a range of organic marmalade too, but nobody ever listens.

“Every time I try to throw a few ideas in the mix, somebody shuts me up with a biscuit.” 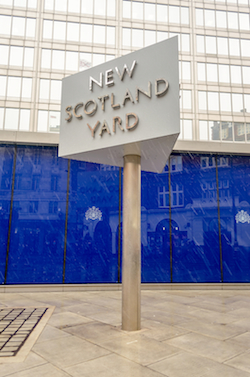 THE next version of Apples iPhone will have a visceral dislike for the police force.

The tech giant is poised to take over Dr Dres Beats headphone company in the hope the Compton rap godfather will redesign the smartphone to be distinctly foul-mouthed in its attitude to community-based law enforcement.

Experts said the next iPhone will use GPS to identify police stations so when the owner walks past, the phone will activate itself and direct a torrent of fucks at full volume.

Tom Logan, a tech consultant, said: Lets say you find yourself in an emergency situation, youve been mugged or burgled, and you want to call the police. The phone wont let you.

Instead it will launch into an expletive-ridden lecture about how the police are worse than the criminals and that, if you phone them, you are part of the problem.

Logan added: Since Dr Dres seminal 1988 collaboration with NWA, it was inevitable that one day he would join forces with the worlds most vanilla brand.

And I suppose theyll come up with some big, funky headphones that are also a watch and an internet hat.