A FOUR-YEAR-OLD American boy who claims to have visited heaven has confirmed that everyone there was heavily armed.

Heaven Is For Reloading, by Colton Burpo, tells the story of how he met Jesus and he and Jesus took down a grizzly bear with Heckler & Koch G36 assault rifles.

Burpo said: “I instantly knew this must be heaven, because every one of the ascended souls floating serenely above the clouds had a holstered semi-automatic pistol.

Thanks to Gods miraculous love, nobody needed concealed carry permits and there was no mandatory three-day waiting period to buy a new firearm.

And just as in every gun owners prayers, unarmed criminals are always breaking into their homes in order to get shot, and their ethnicity is never an issue in subsequent angelic investigations.

The book, which has been made into a film that would be hilarious when stoned, details an out-of-body experience Burpo had when clinically dead after being accidentally shot by a family friend.

He continued: Jesus and I rode on a rainbow horse to go hunting and afterwards Jesus gave me a big hug and then killed the horse with a single perfect shot through the base of its skull.

Wayne Hayes of Florida said: Heaven sure sounds like a wonderful place. And by the grace of God and this Smith & Wesson Special, Im gonna go there tonight.

What the hell. Maybe Ill take some people with me. 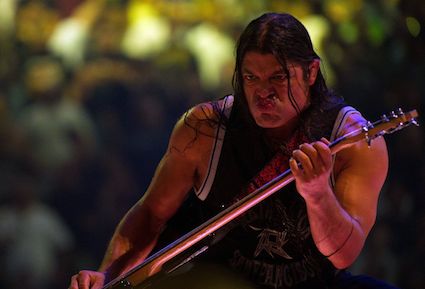 MORE than 400,000 hits of acid, guaranteed to send people spiralling into the abyss, are being prepared for Metallica’s performance at Glastonbury.

The acid, based on the famous Woodstock brown acid formula, will induce feelings of paranoia and monsters in the peripheral vision, even when it is just Lily Allen on stage.

But the narcotics industry pledged it will really kick in when the thrash metal maniacs fill the South West of England with their horrible version of music.