Six ways to get through three weeks of Jubilee wank

HORSES are parading, M&S biscuits are rebranded, and Nicholas Witchell is clearing his throat. Jubilee hysteria is upon us. Here’s how to make it through:

…so when the booze isn’t doing it, augment with recreational drugs. Preferably hallucinogenic ones so you’ll forever remember the Coronation taking place on the summit of Everest and the moment Diana touched the Sceptre of Power and dissolved into snakes. It’s preferable to reality.

Despite your best efforts, you will have lucid moments, potentially when you hear about your child having a week’s worth of maths lessons substituted for ones on afternoon tea. So go outside, take a deep breath, and spraypaint the Royal crest on a bin. They can’t touch you for it.

Even with the telly off, every inch of public space will be strangled by bunting. Every KitKat will be a Jubilee KitKat. So run away to the woods and live off nuts and berries, only to be arrested by a gamekeeper who informs you these 4,000 acres are owned by the Duchy of Cornwall.

If you can’t beat them, run from them, or numb your senses to them, join them. You managed patriotism during the Euros and it didn’t kill you. Go to a street party with two friends, stick red, white and blue flares up your arses and run around like a grounded Red Arrows. 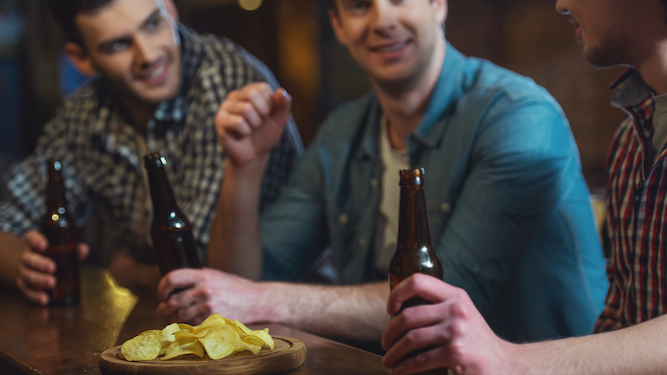 A MAN who says he is neither a boob man nor an arse man has forced friends to conclude that there must be not be anything he likes about women.

Tom Booker was in a casual conversation with friends at his local when the issue of preferring breasts or buttocks came up and he made the outrageously misogynist assertion that he was not bothered about either.

Friend Martin Bishop said: “It was a standard Saturday session, but a couple of pints in things started getting very heated. Roy loves a girl with big jugs while Stephen has a long-standing crush on Kim Kardashian. They’d reached a stalemate.

“I got back with my round and asked Tom to settle things. But, incredibly, he said he’d never been particularly drawn to either. And this with women in hearing distance.

“Roy was first to the obvious conclusion, and said ‘So what do you like about women, then?’ Tom starts floundering and saying ‘there’s more to it than body parts’ and calling his mates ‘sexist’ like they were the bad guys.”

Booker’s girlfriend Mary Fisher said: “Martin told me about the chat. I confronted Tom. He blathered some bollocks about ‘personality’ and ‘lovely hair’ that I saw right through.

“I’m absolutely horrified to find out who I’ve been with all this time. It makes you wonder, are there any good men left in the world?”