AS FREEZING weather and icy roads threatened to leave Britain without
Christmas presents, people across the country insisted it didn’t matter
in a series of putrid, stinking lies.

The Met Office said snow and plunging temperatures would make
many roads impassible causing millions to display rictus grins and claim
Christmas was about family while digging their nails deep into their
thighs until they bled.

Removing her belt and testing the strength of her living room light
fitting, Helen Archer, from Hitchin, said: “I’m sure it’s going to be
just fine.

Bill McKay, from Hatfield, added: “Why does Christmas have to be about
presents and materialism? Why can’t it just be about me having a nice
day with my relatives. My arse-brained, shit-heap relatives and their
stupid bastarding faces that make me want to fucking puke?

Jane Thompson, from Stevenage, said she had stocked up for Christmas
with food, drink, crackers and even printed off a page from wikipedia
about how long it should take a naked 36 year-old woman to freeze to
death in the snow.

She added: “If my Panasonic Lumix camera doesn’t get here in time, I
honestly couldn’t care less. I actually wish I could go online, cancel
the order and give the money to charity because this has all just
made realise that Christmas is about giving not receiving and that the
best present I could get this year would be putting my husband’s fat face
through a fucking window.” 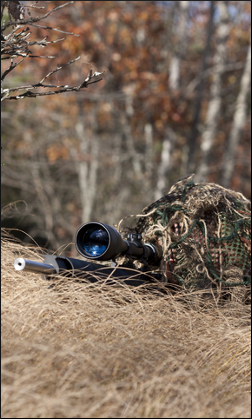 THE release of Wikileaks founder Julian Assange yesterday caused a senior American to shout ‘godammit’ and bang his fist on a walnut conference table.

Colonel Nathan Muir, the most brilliant and ambitious officer within the US military intelligence aparatus, watched Assange emerge from the High Court in London on a bank of LCD screens, one of which was displaying pages from the whistleblower’s secret NSA file while another showed the positions of drone-based missile systems in Northern Pakistan.

Muir then turned and stared intently at an extreme close up of Assange’s smiling face while junior officers scurried around him carrying bits of A4 paper and somewhere in the Suffolk countryside a French-speaking, quasi non governmental assassin named ‘Caleb’ was activated.

Intelligence expert, Martin Bishop, said: “Colonel Muir would appear to be the secret baddie in all of this.

“I suspect he has surrounded himself with an elite group of fiercely loyal soldiers and is running his own secret war in Turkmenistan funded by a heroin smuggling operation he set up with a rogue Taleban chieftan who is fat and jolly and has a taste for fine champagne and milky-skinned Western ladies.

“It’s also very likely that the White House has no idea what Muir is up to as, thanks to his extensive library of secret personnel files, he controls the upper echelons of the military and government and has been effectively running US defence policy for years

“I would imagine, therefore, that Assange will have to be stopped at all cost before Muir is exposed and then dies after being thrown off the White House roof by President Obama after a fist fight lasting, I would say, about 25 minutes.”

Meanwhile Colonel Muir will meet with US secretary of state Hillary Clinton later today, where he is expected to tell her she must speed up her attempts to extradite Assange before pushing a file across the table marked ‘Mrs Clinton Sex Photos’.

Senior sources confirmed that after leaving the State Department, Colonel Muir will pause briefly and stare into the middle distance as he realises that if Operation Enduring Sex Photos does not work then he will have no choice but to implement Operation Just Blow His Fucking Head Off.