THE snow has praised its PR and marketing team for this year’s ‘South East: It’s All White’ campaign.

The flakes of frozen water said its strategy of focusing resources on London and the home counties had delivered ‘unparalleled levels of brand exposure’.

The snow said: “I just want to thank Tom Logan, Jules Cook and the girls in the back room for this stroke of genius.

“When they first brought it to me I said, ‘I’m snow, I need to be everywhere’ but they had done their numbers, they had spoken to the key people and they did a presentation that was straight out of the top drawer.

“If we had tried to buy this we’d be looking at 1.2 maybe 1.8 mil, if you include digital. Champagne cocktails at Soho House tonight. I think we’ve all earned it.”

PR consultant Martin Bishop said: “They have seized an opportunity, but it’s no different to what rain did a couple of years ago and even that was just a reboot of the hurricane campaign from 1987.”

After hitting its Q1 brand awareness target, the snow is now focusing on the parts of the UK that do not matter.

The snow added: “I have long-standing obligations in Scotland. Sometimes this is just a job.”

We should maybe watch this stuff before we put it on telly, admits BBC 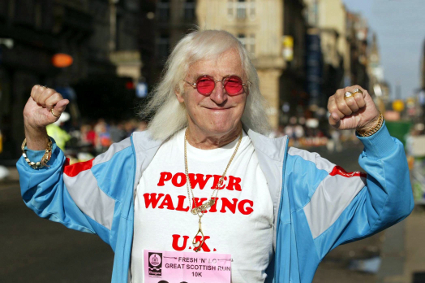 THE BBC is to start watching some of the programmes it makes before broadcasting them.

The corporation said a repeat of The Tweenies would ‘probably not’ have been screened if one of the BBC’s 23,000 employees had taken a few minutes to check if it included a pre-school children’s TV character depicting a nightmarish sex fiend.

A spokesman added: “No-one here has actually watched anything since Our Friends in the North in 1996 and we only did that because there was so much ‘buzz’.