A MAN has got to the top of the corporate ladder by saying things that sound insightful but are ultimately vague, meaningless bullshit, it has emerged.

At just 37, Tom Logan is the CEO of a large media company. A position he reached by saying vague things in meetings with the confidence of a high-ranking naval officer.

A colleague of Logan’s, Susan Traherne, said: “As a junior Tom would appraise our conversations by saying things like ‘I think you’re on to something really interesting here, we just need to strip back and refocus’.

“Once I said ‘Tom which idea is best?’ and he said ‘We’ll know when we know’ and everyone said ‘he’s right’.

When asked if he could explain his success Logan said: “It is what it is.”

Max Mosley vs The Daily Mail: Is there a way they could both lose? 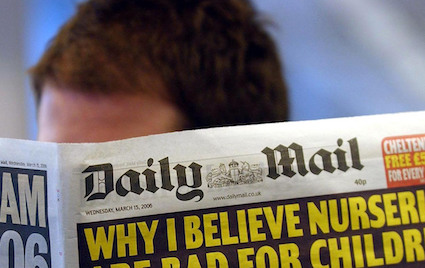 WITH the obvious exception of Chelsea vs Man United, there aren’t many times in life where you want both sides to lose really quite badly.

But with Max Mosley versus the Daily Mail that is unquestionably the case. Let’s look at the possibilities that they could both somehow lose.

1. Mosley agrees to meet Paul Dacre at the top of Niagara Falls for a fight to the death which results in them both plummeting to a watery grave.

2. They get involved in a petty, back and forth game of counter libel action which eventually leads to the pair of them declaring bankruptcy and having to go live under a bridge like the two rich guys from Trading Places who also pop up in Coming to America.

3. Mosley and Dacre decide to give the finger to everyone and embark on a Thelma and Louise style road trip across Britain, handing out their money to the poor and needy before being pushed off a cliff because, despite their new-found altruism, they are still pair of bastards.