Morrison’s is to follow suit next week with its Obsessive Penny-Pincher brand while Aldi is developing a range of Mean-Spirited Meal Deals.

A Tesco spokesman said: “It’s time to stop mincing words. This year it’s been all about courting the so-called ‘savvy shopper’, ‘bargain hunter’ or ‘cost-conscious shopper’.

“These can be effectively grouped together with the umbrella term of ‘tight bastards’.”

The Tesco Tight Bastard range includes Plain Cake for 4p and Industrial Custard for half a pence, a unit of currency which has been officially discontinued but that many tight bastards have stockpiled in glass jars.

There are currently an estimated 3,000,000 tight bastards in the UK. Because of their frugal ways they are believed to be the only people with any actual money left.

68-year-old miser Roy Hobbs said: “It all seems a bit fancy and frivolous to me. 4p for a plain cake? I’m not made of money.

“I’ll wait until it goes stale, then get it out of the skip round the back.”

UK in deadly grip of Pimm’s 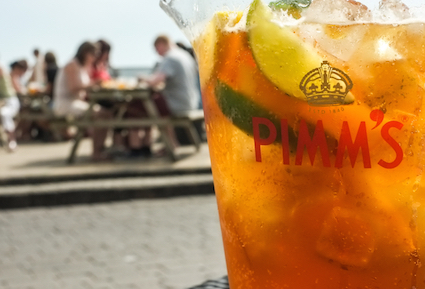 BRITAIN is reeling under an onslaught of Pimm’s-fuelled violence and disorder due to forgetting that the summer drink is alcoholic.

The authorities have warned that Pimm’s is intoxicating despite being a garden drink with bits of salad in it.

A government spokesman said: “Normally law-abiding people are ransacking shops for more strawberries and mint. The economy is in freefall because unexpectedly bad Pimm’s hangovers have resulted in just six people turning up for work this week.”

Office manager Donna Sheridan said: “Pimm’s isn’t a proper drink like lager or vodka, so there’s no way the 33 glasses I drank at our barbecue could have contributed to me punching my sister-in-law in the face.

“And despite what the police say, I can’t believe my husband Clive would set fire to fourteen parked cars. He’s a chartered accountant.”

Today police were appealing for the safe return of ‘face of Pimm’s’ actor Alexander Armstrong, last seen being dragged from his car by a large group of drunken 50-something women in flattering summer dresses.