SCOTLAND’S official uniform for the Commonwealth Games is intended to start a war with England.

The patently ridiculous get-up is expected to provoke English mockery at such a level that Scots will take up arms.

Alex Salmond said: “Scotland has a grand tradition of looking absurd in battle, from painting our faces blue to putting skirts on men.

“It’s all calculated to get the other side laughing, which gets our people fighting mad.

“By the time the Games begin, English laughter will be filling the air and our boys in turd-coloured socks and shirts that would shame a stand-up comedian will pour across the border wielding sharpened sporting equipment.

“Based on our war record Scotland will lose, but the brief conflict will unite the country behind independence from the UK.”

Glaswegian Bill McKay said: “I knew there had to be a good reason for us hosting the budget version of the Olympics.”

Rebooted Bond to be a shambling drunk 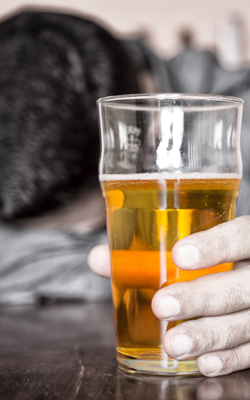 PRODUCERS have confirmed that the next Bond movie will feature him getting kicked out of Wetherspoons.

Amber Breakfast purports to be the most accurate portrayal of spycraft yet with the main villain of the plot being a plasterer named Chod who keeps minesweeping Bond’s pints when he nips to the bookies.

Lead actor Daniel Craig said: I’ve been on the meths and off showering since March and I hope I can bring the air of muddled sentimentality and slight pissy smell that the role demands.

The franchise is famous for its exciting opening action sequences and this one is no exception as Bond wakes up on a mate’s sofa with a head like a bastard and ten minutes to get to his disciplinary hearing for despoiling the MI6 toilets.

Gadgets for the new film include a Seiko watch that turns into a fiver from Cash Converters and shoes that double as a pillow when Bond locks himself out of his bedsit.

Producer Nikki Hollis said: “We’ve listened to fan feedback so product placement is being kept to a minimum.

“You see the Special Brew logo fleetingly but it’s entirely in context during a park bench bender scene.”