Leaked Doctor Who scripts reveal emphasis on monsters and space

THE new season of Doctor Who will involve space travel, monsters and chase sequences, leaked scripts have revealed.

Five scripts for the forthcoming series have been downloaded from a BBC server, which is the sort of thing Doctor Who fans find easy to do.

‘Whovian’ Stephen Malley said: “The stories involve travel to a distant place, usually another planet, where there is some form of hostile life form causing a problem.

“The stories typically end with a climactic chase, after which the aliens are defeated, usually in an explosion.

“Also there’s a bigger story ‘arc’ that is far too complicated to follow, and the daleks, cybermen, or daleks and cybermen pop up in about every other episode.

“Sorry to spill the beans, I just enjoy feeling like Edward Snowden. In fact I’m going to claim geek asylum in the nearest Forbidden Planet.”

Shameless cat won't catch mice but expects YOU to feed him 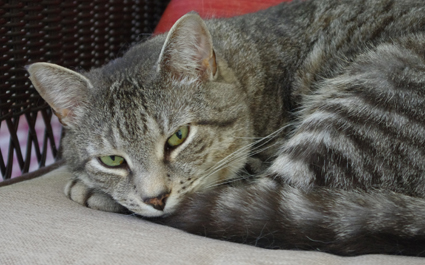 14lb tabby Hobbs intends to mate with any nearby female cats that come into season, and is happy leaving humans to deal with the resulting offspring.

He said: “I’ve tried bringing mice back but I got chased out of the kitchen.

“Now there’s mice everywhere and I get grief for not catching them. Society is giving out mixed signals.

“Anyway they can just put poison down, or traps. I’m not catching things for the sake of it.”

Despite fathering 36 kittens in the past year, Hobbs remains strongly opposed to neutering.

“It would make me fat and lazy. Also everyone likes having lots of kittens around, they’re cute.

“Cat food costs next to nothing. I don’t expect Sheba, just those biscuits shaped like little fish are fine.

“Although Sheba would be good. Or a mackerel. Any meat really.”