TWITTER is being abandoned by users aged 16-24 in favour of the thriving and lawless Vanish Tip Exchange.

VeeTee, as the site is known to its fanatical users, has booming traffic and a younger, hipper demographic the stain-obsessed housewives in its much-screened adverts.

19-year-old Nikki Hollis said: I went on to find out how to remove semen from suede  those trainers were brand new, I wasn’t going to throw them away  and found a community of beautifully crazy free spirits.

It was all people my age making drug deals, arranging raves, looking for partners into autoerotic asphyxiation and asking how to get red wine out of Chantilly lace.

It’s completely underground and certifiably hardcore. I’ve hooked up with an ex-gang member just out of prison for manslaughter and we’re all planning a riot in Manchester next weekend.

The social network has replaced Facebook, now just a blissful facade for parents and employers, and Twitter which is now nothing but the Mail Online with better spelling.

Vanish social media manager Julian Cook, when told that the Tip Exchange hosts a swathe of illegal activities including a jihadist plot to bomb Parliament, replied: We’ve got users? We’ve got thousands and thousands of users?

“I’m the only social media manager in the entire world who’s actually delivered what he promised?

Music charts to include songs that pop into your head 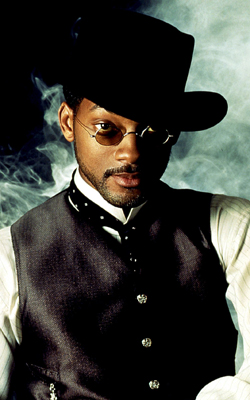 THE top 40 will take into account songs that pop into your head for no reason, it has been announced.

After recently being changed to include streaming, the UK charts will now also include tunes that appear in your brain due to completely unfathomable mental processes.

An Official Charts Company spokesman said: The criteria for entering the charts now include things like remembering your ex liked Will Smith and then having Wild Wild West stuck in your head all fucking day.

Its already having an impact on the charts. Thanks to a number of random rememberings, the current UK number one is the 1982 hit Centerfold by the J Geils Band.

You know, the one that goes na-na-na-na-na-na about a bloke whos unhappy because his girlfriends in Razzle, or something.

The new system means next weeks number one could be anything from Phil Collins 1985 hit Sussudio to You Cant Get Better Than A Kwik Fit Fitter. This is a very exciting time for music.

However, critics pointed out that the songs which pop into your head were usually the ones that made people wish they had been born deaf.

Office worker Nikki Hollis said: Itd be ok if it was the Beatles or Radiohead, but its always things like This Beat Is Technotronic going round my head like a malevolent brain parasite.

In Bruges was on the other night and thanks to a convoluted unconscious thought process involving Colin Farrell and Miami Vice, I caused Smugglers Blues by Glenn Frey to re-enter the top 40.