A VAST floating pleasure palace is the ultimate prick machine, its designers have claimed.

Vava II is 96 metres of gleaming, aerodynamic prickishness, commissioned by some rich prick, partly to keep his orange trophy wife happy but mainly just to show off.

It features a jewel-powered dog manicure robot, a crystal cannon that fires big balls of money into the sky and a vast, soulless discotheque with Jean-Claude Van Damme permanently unconscious in the corner.

Designer Stephen Malley said: “When I first met the client I knew immediately he was a prick on a massive scale. I then set about incorporating his unbridled prickishness into every detail.”

“If it isn’t sucked into a whirlpool or visited by a mysterious red-masked stranger who gives everyone on board the ebola virus, there is no God.

“If you’ll excuse me, I have to pen a suicide note.”

Meanwhile, Catholic bishops congratulated the owners for not wasting the money on charity but urged them not to use the boat as a venue for unnatural weddings. 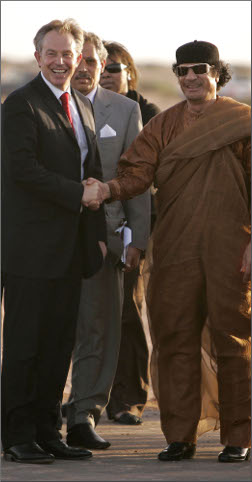 SYRIA’S President Assad is now realising the full value of not being friends with Tony Blair.

As the dictator swept majestically past the civilian body count of Colonel Gaddafi, he paid tribute to the former UK prime minister for not meeting him in a fancy tent and shaking his hand like two men who shared the same chiropractor.

A Syrian government spokesman said: “We realised, oh about ten, maybe twelve years ago now, that being friends with western leaders would lead, as night follows day, to some very noisy airstrikes, being dragged from a fetid hole in the ground and then, all of a sudden, being very, very dead.

“So instead, we placed our chips on the Russian and Chinese squares and, sure enough, we are now buying ourselves the biggest suite in the casino and furnishing it with top quality prostitutes.

The spokesman added: “Meanwhile, we’re currently trawling through our library of George Galloway quotes to see if he ever described President Assad as ‘the Lion King of the Arab nation’ or as ‘indomitable as Asterix and Obelix’.