TESCO Metro has launched a new slogan reflecting the half-arsed shopping habits of its customers.

The catchphrase, which Tesco Metro’s customer base will not even bother to read, narrowly beat ‘for those who set their sights slightly higher than a corner shop’ to represent the nationwide chain of stores.

A Tesco spokesman said: “This new slogan perfectly represents the fact that our Metro stores are the last resort for disorganised pricks who would rather put up with high prices and a limited range than do a weekly shop like normal people.

“Whether they’re picking up a last-minute microwave dinner or buying a packet of chocolate Hobnobs and counting that as a meal, our customers are the most bone idle f**ks you could ever meet. And our brand that speaks their language.

“We thought about pairing the slogan with a funny gesture such as a shrug, like the way Asda adverts always had someone patting their bum, but why bother? In the case of these people, less is more.”

Tesco Metro shopper Carolyn Ryan said: “It’s good to see my slothful lifestyle finally represented in the media. Now if you excuse me, I need to buy a multipack of Scotch eggs for dinner again.”

Your guide to what the f**k Squid Game is about 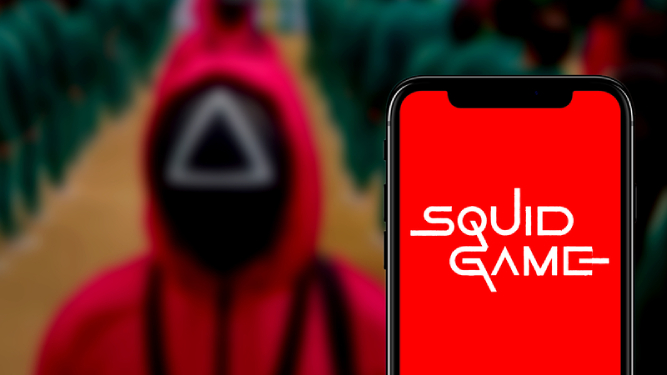 HAVEN’T watched the Squid Game? Stuck in another sodding conversation about it? Bluff your way through:

Just like Gangnam Style and K-pop, Squid Game is the latest craze from the landlocked country of Japan to take the world by storm. Apparently it’s a bit like the Chinese film Battle Royale, which itself was a Hunger Games rip-off, but you haven’t seen those either because you’re a busy adults with a mortgage to attend to.

Don’t be fooled by the promo which shows people in hooded red jumpsuits lugging around pistols. This is a clever bit of misdirection so when you press play you’ll be surprised to discover it’s connected to the historical ITV drama. Ask your friends how much this blew their minds to seamlessly pass yourself off as a Squid Game viewer.

A big CGI squid is the main character

As the show’s title suggests, Squid Game tells the story of a huge cephalopod who can’t get enough of playing games like Buckaroo. Fun fact: the squid is computer animated, but is played by Bryan Cranston wearing a motion capture suit. What’s more, it’s based on a true story. That sounds far fetched, but trust us.

Squid Game is the talk of Britain’s playgrounds because it’s a frothy, lightweight show which requires no parental supervision. Simply chuck it on, leave the kids to watch it, then enjoy an hour of undisturbed peace and quiet in another room. Ignore the constant screaming and gunshot blasts, they’re coming from next door’s telly.

It will be old news by the time you watch it

Just like Bridgerton, Normal People and The Queen’s Gambit, Squid Game is a programme that people are currently obsessed with, but one that will be irrelevant in a couple of days. There’s no point slogging through its nine episodes because by the time you get to the end everyone will have moved on. Seong Gi-hun wins, that’s all you need to know.