RETAILER Tesco has confirmed that it is shutting more than one in every 10 million of its UK stores.

The announcement is a bitter blow for the business, which at the end of 2014 had delivered on their mission statement promising there would be a Tesco visible from any given point in the UK.

But falling revenues means the retailer is closing stores, including the three on the uninhabited Orkney islet of Damsay and the controversial Tesco Express built in the whispering gallery of St Pauls Cathedral.

Tesco shopper Norman Steele said: Nothing can replace my local Tesco, its like a second home to me. A generic, corporate home.

But with the Tesco at the end of my road closed, where will I go when I need to be comfortingly told theres an unexpected item in the bagging area?

I suppose theres the Tesco Extra on the way home, or the Tesco Metro at the other end of the road, or at a push I could use the Tesco Express across the street.

But they wont replace the hole where there used to be a Tesco in my heart.

Tesco have yet to confirm whether the downsizing will affect the scheduled opening of their store at the International Space Station in August.

Binge-watchers limited to 21 units of US drama a week 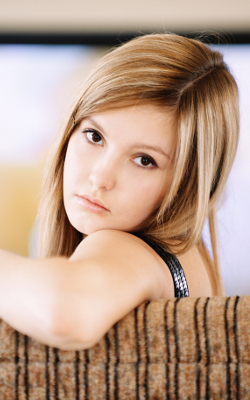 DOCTORS advising against binge-watching high-quality US dramas have introduced a limit of 21 units a week, or 18 for women.

The worst drug of all

Dr Helen Archer said: By burning though a box-set in a weekend viewers are irrepairably damaging their short-term memories and unrealistically boosting their expectations of television to the point where they can no longer enjoy Last Tango in Halifax.

We recommend returning to watching just one episode a week, like our long-dead ancestors did with The Jewel in the Crown.

It started with The Wire, nice and classy, but soon we were binging on Dexter, Battlestar Galactica, even The Ghost Whisperer.

We couldnt go to bed until wed knocked back everything, even the web-only minisodes, and then I was doing two Big Bang Theory every morning just to get my head straight for work.

“Once, God help me, I watched an entire series of House of Cards simultaneously. All 13 episodes in a single, cacophonous hour. My head was fucked.”

Doctors have also recommended not driving for an hour after Sons of Anarchy, not using heavy machinery after Game of Thrones, and the Netflix original Orange Is The New Black.