RIGHT-WING and a firm believer in the magical power of the free market? Not fussed about mass death? Here’s how to argue lockdown must stop:

Shutting the economy has casualties

Reel off a long list of all the people who will suffer most from this lockdown: illegal immigrants, those who’ve just changed jobs, zero-hour contract workers. Make sure to add that you don’t want these people helped, just restored to their former misery.

Though it is a terrible shame for those who have lost their lives, from a purely financial standpoint many of them were a severe drag on the economy. We should take advantage of this boost to pensions and the housing market before the Italians do.

We’ll all get it anyway

We can’t all stay inside forever, so why not open up, take the hit of overwhelming the NHS and a pandemic running rampant now, then all be relaxing with lovely herd immunity by August? Back at work, where we should be.

Hey, all you so-called liberals, why aren’t you out on the streets fighting this fascism? A government forbidding you to go outside surely violates your precious human rights? Come on, riot for your right to buy Starbucks. Do us all a favour.

Small businesses are the most important thing in the world, the greatest thing humanity has yet created, the apothesis of Western civilisation and aesthetic beauty. Nothing is as valuable as their continued existence. Just checking: you know when we say ‘small businesses’ we mean ‘multinational corporations’, yeah?

I myself am at risk

In the ultimate self-sacrificing move, reveal that you yourself, as an elderly white gentleman, are at risk but you want lockdown to end anyway. Don’t mention you’ll be staying indoors until at least October because you’ve got savings. 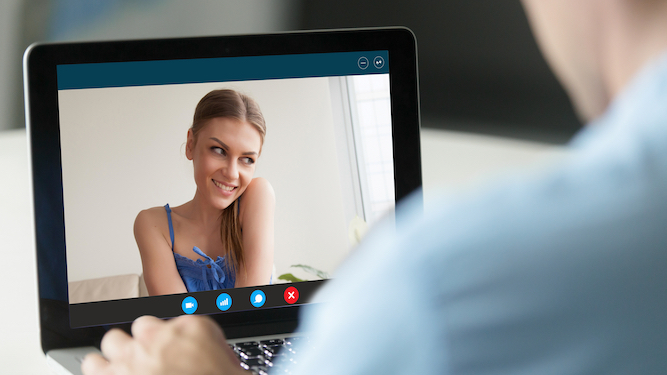 TWO co-workers who have been secretly sleeping together have admitted that the passion is not really surviving Zoom.

“But on Zoom Emma’s there, but so is Martin from Risk and Pete from Finance in alarming, unkempt close-up, and I can’t private message in the chat window in case I accidentally send ‘nice tits’ to everyone.

“And it’s impossible to be the last two people to leave virtual work drinks. Every Friday we try but there’s always some f**ker settling in for the long haul from their spare room. I inched closer to Emma but Leanne said I was so close to the camera she could see pores.”

Bradford agreed: “It wasn’t really about the sex. It was the thrill of office flirtation, and you can’t really sustain that when Tom’s wife sticks her head round the door and waves.”