THE threatened closure of Toys R Us has been linked by parents to it being easily the most expensive place to shop in the whole of the UK.

The toy retailer, which is unable to pay £9 million into its pension fund despite that being the cost of a single Lego set, is regularly visited by families consisting of manic children and horrified parents.

Father Tom Booker said: “I’ve taken the kids around museum exhibitions of priceless ancient jewellery that were more affordable than Toys R Us, and had more staff on the tills at the end.

“It’s not one of those where you look around then buy off the internet. You look around then go home and start whittling toys out of wood because you assume you will never be able to afford them, even if you became a trillionaire.

“Also its name is stupid.”

A Toys R Us spokesman said: “We can’t go letting people take away our toys. They’re our toys.” 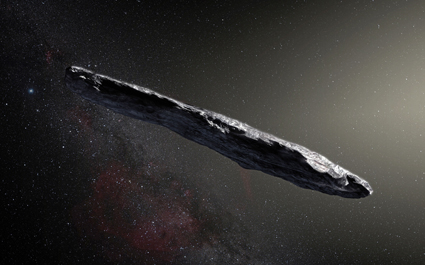 THE space department of Britain First has told the alien rock known as Oumuamua to go back to its own bloody solar system.

The BFSD, whose qualifications range from a D grade in GCSE Biology to having watched the first episode of Cosmos, said they were sick of these one-of-a-kind rock forms coming into our solar system and probably trying to sign on for Jobseeker’s Allowance.

A spokesman said: “This alien rock, whose name we’re too ignorant and lazy to remember, is clearly only here to blag some sort of rock operation on the NHS then get a free three-bed flat off the British government.

“What could Britain possibly gain from contact with a highly advanced alien civilisation whose technology surpasses our wildest imagining? We’ve already got Sky Sports, how could it get any better than that?”

He added: “Apparently it’s wrapped in a layer of organic insulation, which we’ll be seeking to ban it from wearing in public if it does pass by Earth.”