RAIL company bosses are wondering how to spend the rest of their meeting after instantly agreeing to hike prices.

After taking two minutes to approve the 3.4 per cent price rise, executives from Britain’s various regional train companies are now struggling to think of small talk.

Great Western Trains executive Martin Bishop said: “These biscuits are nice. They’re different to the ones we had last time.

There followed a brief awkward silence before Joanna Kramer of South West said: “Did anyone come here on the train this morning?

Her joke was met with uproarious laughter before she quickly added: “Just joking everyone, trains are great value and ticket money is carefully re-invested into infrastructure and train petrol or whatever trains run on.

“Has anyone been watching Narcos on Netflix? It’s quite good.” 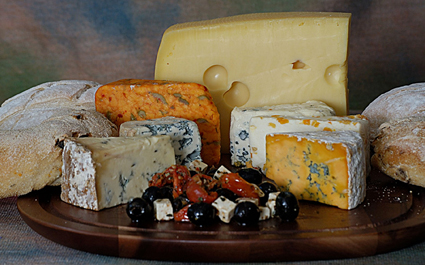 A FIRST date was going absolutely brilliantly until he only went and ordered the f**king cheese board, a woman has confirmed.

Susan Traherne admitted that for 95 per cent of the evening Joseph Turner had behaved absolutely impeccably, there was chemistry and she had begun to believe this could be the real thing, but she has since blocked his calls.

“The waiter asked if we wanted pudding, and he said ‘Oh, I think we could manage something, don’t you?’ and I was like okay, that does it, I am breaking my first date rule.

“And then I came back from the toilet and he was sitting there with it. Blue, veiny, stinking. I think it called ‘Martin’s Dairy Yarg’.

“Then was another one on the plate called ‘Perky’s Blue’ which looked like it had been scraped off a dead jellyfish.

“I was in tears as soon as I got in the taxi. He texted me after about what a ‘great time’ he’d had and I could barely see for the rage.

“I’m going to warn other women on social media. He needs to be stopped.”