UK consumers last night pledged to buy British, unless there was an obviously superior German alternative.

As the economic war of words between London and Berlin escalated, millions of Britons said they would be happy to boycott German goods as long as it did not involve Volkswagen, Mercedes, Audi, Becks, Lowenbrau, Knorr chicken stock cubes and those chocolate eggs with the toy inside.

Germany, meanwhile, said it would boycott British goods as soon as it could find any.

Dr Tom Logan, an economist at the German-owned University of Reading, said: "If I was a confused recession-hit country looking for advice, I'd probably go with Germany, given that they still have an actual economy based on making stuff that people want to buy.

"Meanwhile, the British 'economy' seems to be based on selling each other money so that we can buy high quality German goods."

German finance minister Peer Steinbruck said: "Let's think, what could we boycott? Cars? Oh yeah, like everyone else in the world I really wanted a Rover 200. Ah, but what about the Mini, you say? Or the 'BMW Mini', to give it its full Bavarian title."

He added: "Beer? Yeah, we drink loads of British beer, it's sooo good. So I guess that means we'll just have to boycott Tizer and Jaffa Cakes."

Chancellor Alistair Darling said: "I will be boycotting a wide range of German goods and services apart from Aldi, obviously. It's so much cheaper. How do they manage it? Those Germans really do know what they're doing.

"And also those big hotdog sausages that come in a jar. Bloody love those."

Woolworths Filled To The Rafters With Crap After All 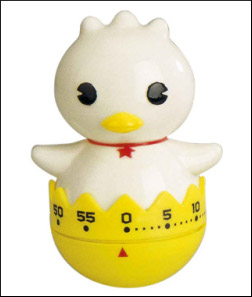 Shoppers hit the store's closing down sale hoping to pick up a cut-price yacht, or some cheap gold bars and a Bugatti Veyron.

However, when the doors opened all they found on offer was 10% off a sick-coloured fleece rug, 4,000 odd rubber gloves and a handful of loose sweets with germs on them.

Julie Cook, a receptionist from Telford, said: "I came in a van so the staff could fill it with everything they had for nothing, refund my petrol and be grateful.

"Instead the sullen bastards said I had to spend my money on this shit. If I wanted to do that don’t they think I might have come in before it went bust?"

Wayne Hayes, from Catford, said all he could find was a bent cheese grater, some mixed screws, a doll in a broken box that looked like a Barbie but wasn’t, and an Amy Winehouse ironing board cover.

He said: "You know, I think I’m starting to see where they went wrong."

Pensioner Elspeth Hayes, 86, said she had shopped at Woolies all her life until she switched to a rival store that was not designed to look like an Iraqi market after a car bombing and was staffed by humans.

She said: "Good fucking riddance. I hope we get Poundstretcher or Primark instead."