Government Does Not Understand Us, Say Long-Term Unemployed

LONG-term unemployed people attacked the government last night, saying it obviously has no idea what makes them tick.

As ministers announced tough new measures to get them off the sofa, benefit claimants warned they would have to try a lot harder than that.

Work and pensions secretary James Purnell told the Commons yesterday: "The long term unemployed would love nothing more than to get up at 7am and be bossed around all day by some jumped-up little tit.

"They certainly do not want to just sit around eating Wotsits and shouting at the Jeremy Kyle programme."

But Tom Logan, a shiftless 28 year-old, said: "The only problem with that last sentence is the word 'not'. And unfortunately it's a pretty big problem.

"And the same goes for Trisha, Loose Women and Cash in the Attic. So all that happens is you end up swapping one set of benefit claims for another. Now that, my friend, is economics."

Logan added: "In all honesty, I should probably go and work for Mr Purnell and help him sort all of this out. But unfortunately I can't because I've just opened this large bag of Wotsits. Do you see?"

You Are No Better Than A Frenchman, Markets Tell Britain 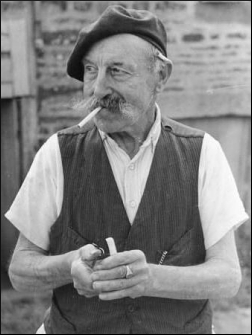 THE people of Britain may as well sit round all day leering at women and eating pigs' testicles, the international currency markets said last night.

As the pound plunged to a record low against the Euro, currency dealers said Britain was now dangerously close to reeking of garlic and cigarettes, mixed with the faint odour of stale urine and mashed geese.

It was a humiliating blow for a country that only six months ago smelt of freshly cut grass, leather and walnut, damp spaniels and a recently discharged shotgun.

As thousands of people across Britain set fire to sheep, economists warned of disgusting poetry and a desire to introduce your best friend's 16 year-old daughter to the delights of perverted intercourse.

But they also stressed an upside to parity with the Euro, including getting drunk and not starting a fight, an ability to discuss philosophy without sounding like a ponce and much better cheese.

Wayne Hayes, a council worker from Reading, said: "I am zinking zis is not good, yes? Oh no, what is happening to my, ow you say, voice? Mon dieu, I cannot stop talking like zis. Haw hee haw hee haw."