PRIME minister Gordon Brown was last night under observation in a London psychiatric hospital after claiming to be Spiderman.

Mr Brown told the Commons that he had 'vanquished' both Doctor Octopus and the Green Goblin through a combination of superhuman agility and a strange 'sixth sense' he acquired after being bitten by an irradiated spider.

He added: "I can also swing between skyscrapers and I'm very good at science. Have you guessed who I am yet?"

As Commons security staff moved towards him, the prime minister ran from the chamber, throwing his briefing notes in the air and removing his shirt and tie.

Mr Brown was finally captured when he attempted to scale the outside of the Palace of Westminster before falling and twisting his knee.

As he was handcuffed and helped into the back of an ambulance he shouted: "You have bound my hands because you are scared I will use one of my sticky webs!"

A Downing Street source said: "Some days he would claim to be Doctor Octopus and make all these terrible decisions and say, 'only Spiderman can stop me'. And then he'd wink at us."

The source added: "Spiderman was just one of his incarnations. For much of July he thought he was either Dangermouse or Count Duckula."

A police spokesman said last night: "A 57 year-old man from Central London was this evening taken into protective custody under Section 4 of the Mental Health Act."

Film to show man going to the toilet 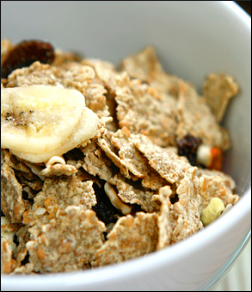 Viewers will see retired engineer Julian Cook finish a bowl of bran flakes before picking up a copy of Practical Fishkeeping and leaving the kitchen.

The camera then follows him into the downstairs bathroom where he will be shown pulling down his trousers and underpants. A few minutes later it becomes clear that he has gone to the toilet.

But the controversial film has been attacked by church groups, TV watchdogs and anti-going to the toilet campaigners.

Bill McKay, the director of Holding It In, said: “This programme suggests that going to the toilet is somehow perfectly natural, when as a society we should be embracing the idea of holding it in for as long as possible.”

Monsignor Stephen Malley, adviser to the Christian Medical Institute, said: “Going to the toilet is a sin and I’ve no doubt Mr Cook will have a lovely time explaining himself to Satan.”

Meanwhile a spokesman for Ofcom said: “Our guidelines are very clear. You can screen a fictional portrayal of going to the toilet and make it as realistic as you want – with all the noises and the toilet paper – but you must not show someone actually going to the toilet.”

But Mr Cook’s wife Elizabeth insisted that going to the toilet is ‘part of the journey of life’.

She added: “Julian wanted to provoke a debate about the inevitability of expelling waste. He was also absolutely bursting.

“It’s his lower intestine and his bottom and, with all due respect, he should be allowed to go to the toilet whenever he wants.

“I can understand that some people might not want to see that, but they don’t have to watch.”