Blur To Remind Everyone Why They Split Up

BLUR are to remind everyone why they split up at a one-off gig in London next summer.

The Brit Pop four-piece will play Hyde Park next July in return for an enormous sum of money, but may play more gigs if extra money is offered.

Singer Damon Albarn said he would use the re-union to tell his fellow band members of the enormous success he has enjoyed with his pop group Gorillaz, and to find out what exactly they had been up to while he was away.

Bassist Alex James said he hopes to raise enough money to buy a new pig, while guitarist Graham Coxon will spend the first half of the gig handing out flyers on behalf of Peter Mandelson. No-one knows who the drummer is.

Formed at some posh art school in 1989, Blur had their first limited success when they released an album written to sound exactly like whatever else was popular at the time. However, they hit the big time three year's later when Damon Albarn became a cockney.

Microsoft To Launch Range Of Clothing That Doesn't Work 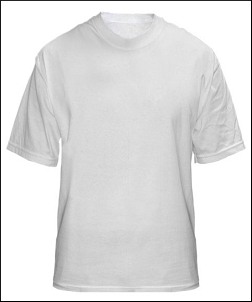 MICROSOFT is to launch a range a range of branded t-shirts that need to be constantly updated, it was announced last night.

The company said the $15 'Softwear' shirts were the most advanced it had ever produced, with a host of new features including enhanced security and a thing that makes your old LPs into photographs of CDs.

Microsoft chief executive Steve Ballmer said that by next summer the t-shirt will be fitted to every new baby within seconds of its birth, or else.

However, early purchasers complained the shirts were slow and difficult to use and many came without neck holes forcing them to wear the t-shirt on their head.

Dan Kravitz, a developer from San Adreas, said: "I had to pay $49 for McAfee Anti-Stain Protector which has to be sprayed on eight times a day.

"And everytime I lift my left arm it asks me a series of apparently meaningless and contradictory questions."

"I've also had to throw out all my old t-shirts and sign a contract promising not to let my wife wear it."

Meanwhile, Apple is to launch its own range of $250 t-shirts destined to become next year's must-have hi-tech, epoch-making lifestyle accessory, even though they are actually just t-shirts.