We get it, you like Primark, says New Look

NEW Look is to refocus on selling shit clothing dirt-cheap because that is apparently what Britain wants.

The high street retailer admitted its current lines had not caught on with customers because they were priced in double figures and capable of surviving three washes.

New Look CEO Carolyn Ryan said: “The clothes we sell are fairly crap already, obviously. We’re not Zara. But the market has shown that they are not crap enough.

“From now on it’s £6 hoodies that unravel on contact with air, black tops that fade to a washed-out grey on the way home, and jeans that come pre-distressed simply because they’re so shoddily made.

“From now on you can leave with a bulging bag of New Look clothes and not worry about wearing any of them, because that’s not what you care about anyway is it? You just want the buzz of buying shit.

“Plus this makes it easier for the teenage girls behind the counter to direct their utter, crushing contempt for you. Which is their main job.”

The pros and, for the sake of completeness, cons of cannabis legalisation 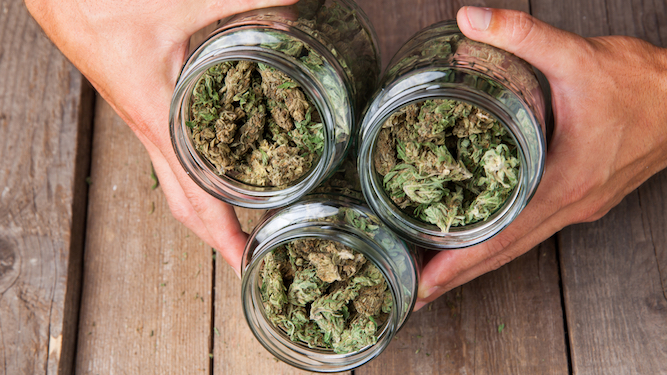 LEGALISATION of cannabis would raise billions in tax, free up police resources and deprive criminal gangs of income. But let’s pretend there’s a bad side.

However, for the sake of ‘balance’, there are probably a few minor disadvantages if you look hard enough. Here’s a look at the pros and, supposedly, cons:

CON: Cannabis is a ‘gateway’ drug, although so is Ibuprofen if you’re that way inclined.

CON: EasyJet flights to Amsterdam would be hit hard, cancelling at least eight routes per week with possible redundancies.

PRO: Cannabis is a naturally-produced substance which can have significant medical benefits.

CON: Police would no longer have a ready-made reason to arrest young men who may then be found guilty of, or fitted up for, other crimes.

CON: Jamaican dub music is very bass-heavy and could disturb the neighbours.

PRO: Being stoned is fun.

CON: Those Reefer Madness films from the 1930s are terrifying.

Which side is correct? You decide!