When I find out who's done this to my pubs I'll f**king kill them, says Tim Martin

WETHERSPOONS boss Tim Martin has confirmed that when he finds out who f**ked up his business by taking his beer and chefs away, they are dead.

The ardent Brexiter is furious that his pub chains are not only suffering a shortage of skilled staff but that ongoing supply issues have seen them run out of Carling, Coors and Bud Light.

He said: “I am on the warpath, and when I find out which twat’s responsible for this I’m going to punch them smack in the face. I mean, what a f**king idiot.

“Obviously my pubs need a constant supply of beer brought here on lorries from breweries around Europe, as well as plenty of staff prepared to work long hours for shit pay at a rapid turnover. That’s my business model.

“So whichever short-term thinker decided to make both of those things incredibly difficult has damaged my business and cost me millions of pounds, and the stress has made my hair even more mental.

“I bet it was Keir Starmer. Or Jamie Oliver. Or people who run pleasant pubs with music, tasty beer and toilets that aren’t four miles from the bar.

“I’ll get them, you mark my words. Because they are the biggest bellend who ever lived.” 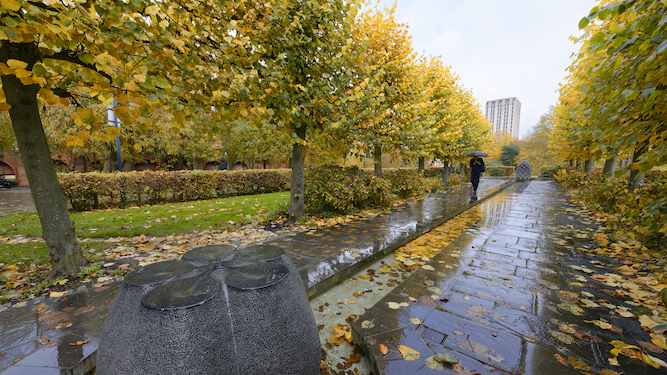 EXCITED for September? Of course not. The ninth month of the year is an annual lesson in misery and disappointment, and here’s why:

The nights have been drawing in for a while, but it was so gradual that you barely noticed. September makes it unignorable that it’s going dark by around half-seven and if you happen to miss it cretins will point out this annual seasonal phenomenon and expect you to be pleased.

October’s got Halloween, November’s got bonfire night, and you know the deal with December. September offers us f**k all and expects us to be happy about it. Even if it’s your birthday this month it’ll be tainted by the realisation that your parents were shagging on Christmas morning during Carols from King’s.

Only sick freaks actually enjoy wet leaves, cold drizzle, and coffees pumped full of twatty syrups. You’ll be mildly interested in noticing that the trees have changed colour for two seconds before remembering that you’ve seen this countless times in the past and you don’t care.

You’ll get a cold

Never fun in summer but at least it seems an unfair exception. These days it’s not only the traditional herald of a season of sickness but will cause you to briefly panic that you’ve got you-know-what. Not debilitating enough for time off work, but you’re blowing your nose 24/7 and pissing off everyone around you. Will hang around until March.

Even its name makes no sense

September’s the ninth month of the year but it’s from the Latin for seven. What’s that about? Sure, some emperors f**ked things up 2,000 years ago by inventing new months and bumping back the rest, but we should have fixed this glaring error by now.