Women paid less because they are smaller, say businesses

WOMEN do not need salaries as high as men because there is less of them to pay, businesses have insisted.

Amid fresh revelations of a wide gender pay gap, firms have responded by publishing tables of high-earners’ impressive weight and height.

“They have to replace their laptops and iPhones more often, because they crush them with their giant hands. And it takes twice as much to get them happily drunk on a Friday night.

“Is it seriously being suggested that tiny, dainty women, sipping their cups of tea in two hands like squirrels with nuts, should have the same pay as these magnificent giants?

“You wouldn’t give a Great Dane and a Yorkshire terrier the same size food bowls. I rest my case.”

Bond analyst Joanna Kramer said: “It’s long been an open secret in the City that pay is based on height, BMI and shoe size.

“I tried to put on a bit of weight to earn more, but they cut my salary to discourage me because they ‘didn’t want me being all fat and sad’.” 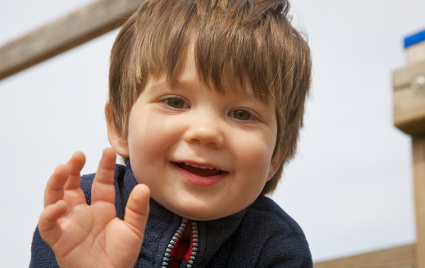 A TWO-YEAR-OLD’S parents are discouraging him from thinking of binmen, postmen or men driving diggers as role models.

Joseph Turner, aged two-and-a-half, is being kept away from the windows when the bin lorry comes by just in case he gets ideas.

Mother Francesca said: “George, the boy he knows from junior yoga, wants to be a train driver. A train driver. Well I think we can do a bit better than that.

“Right now Joseph is too young to realise that the man in the big red crane has neck tattoos, no property portfolio and doesn’t send his children to a fee-paying school.

“There was a phase when he wanted to be an astronaut, but we put a stop to that. Did you know Tim Peake only went to the University of Portsmouth?”

Meanwhile, the toddler is encouraged to go to the window and wave when neighbour Stephen Malley, CEO of a tech start-up with share options totalling £3 million, walks past with his briefcase.