Worker self-destructs career by eating lunch at 11.57am

A MAN has squandered any chance of progressing at work by eating his packed lunch before midday.

Tom Booker had been a favourite for promotion after eight months of quietly efficient work at a small insurance company before he ate his chicken salad roll too early.

Line manager Nikki Hollis said: “As soon as that bap entered his mouth, he was done for.

“Three minutes before 12 is the morning. So technically that’s having a meat roll for breakfast which only someone on the fringes of society would do. He’s obviously thinking about his stomach more than he’s thinking about insurance.

“That level of impulsiveness suggests he is also a potential murderer.”

She added: “I even saw him putting crisps in the roll. Beef crisps.”

Hollis has since started considering the promotion potential of Booker’s colleague Wayne Hayes, who is systematically defrauding the firm but always lunches at the conventional time. 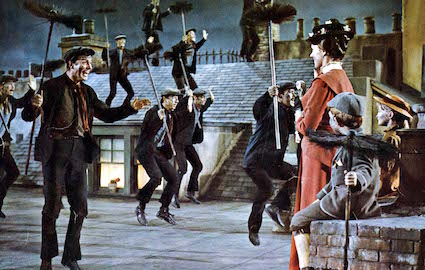 CRITICS have questioned why Ken Loach’s latest film has no chirpy dancing cockneys in it.

I, Daniel Blake has garnered generally favourable views for depicting modern poverty as being like a game of ‘400 Questions’ where even if you manage to answer them all, you starve to death at the end.

But Toby Young, Britain’s most important film critic, said: “I’ve seen Annie, Les Miserables and Oliver! and Mr Loach needs to realise that grinding poverty generally has a chirpy song after ten minutes about how they’ll muddle through.

“I’m not telling him how to do his job, but lots of things rhyme with ‘food bank’ and he could have done a smashing dance routine of them handing out the value pasta to sobbing, hollow-eyed women.

“I go to the cinema to be entertained, not made to feel guilty that I’ve done precisely nothing to stop all this misery.”

Young said Loach’s previous works have similar inaccuracies, with The Wind That Shakes The Barley lacking penny-whistling dancing Irish people like in Titanic and Kes featuring a school with playing fields that haven’t been sold off.