Mourinho downgraded to Adequate One

JOSE Mourinho has been reclassified as the Adequate One to reflect with his recent coaching CV.

Mourinho had been using the monicker ‘Special One’ since 2004, but a routine audit showed that the title may have lapsed.

Julian Cooke said: “When we asked to see the paperwork, Jose became quite frosty and started listing all the trophies he’d won.

“After a while he mumbled something about the Community Shield, which is clearly a fake competition.

“The only thing we could really see that was special was his ability to command a pay rise for each unsuccessful season.”

Mourinho will be re-classified as the ‘Adequate One’ but if his current form continues he could end the season being named ‘Coasting on Past Glories One’ or ‘David Moyes’. 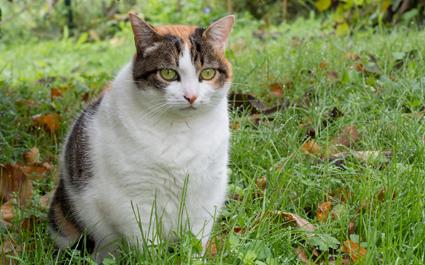 AN OVERWEIGHT cat is not at all self-conscious about it, he has confirmed.

Massive cat Oscar has no problems with weighing 48 per cent more than the vet reckons he should, even if local kids body-shame him with names like ‘Fat Puss’ and ‘Commander Tubs’.

He said: “I’m a greedy bastard and I don’t give a fuck.

“If I spot a Cornetto wrapper in the kitchen bin I’ll drag it out and lick that sucker clean, because that’s how I operate. It’s shame-free bin dining.

“My motto is ‘more food’. It’s a simple belief system but it works for me.”

However Oscar denied that he was actively helping to empower other larger cats.

He said: “I don’t like any other cats, especially the fat ones because they’re clearly getting treats that could be mine.”