AN OFFICER worker who unwittingly used a forbidden ‘special mug’ is now doomed.

Marketing assistant Emma Bradford, who has only been with her employer for a fortnight, made a cup of tea using what appeared to be an unremarkable green receptacle.

However ‘Jenny’s special mug’ is seen as a kind of holy grail by its owner, and treated with a mixture of fear and awe by other staff members.

She said: “There was no label on it or anything, and it was just in the kitchen cupboard with a load of other random mugs. I assumed the mug was part of a shared ‘mug and cup pool’ that everyone could use on a casual basis.

Co-worker Stephen Malley said: “No one’s actually sure who Jenny is but she sends very moody emails about her mug, and it is rumoured that if you use it you will die within six weeks.”

However it has since emerged that every mug in the cupboard is somebody’s ‘special mug’ and equally sacrosanct, with the exception of a badly stained one that came free from a stationery company. 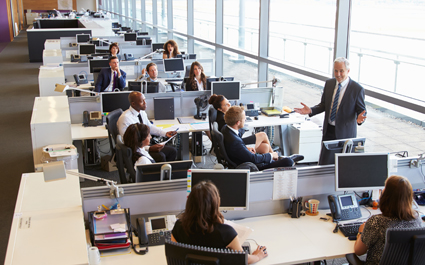 EVERYONE has returned to work after learning that the system is a giant conspiracy designed to ruin their lives.

After the latest example of cheating and lying by the people who tell them to knuckle down and accept cuts, Britons said they had better get to the office.

Sales administrator Tom Logan said: “I can’t think about it too much now because I have to get on an overcrowded, filthy underground train to the job that I hate, so that I can continue to earn just enough money – after the tax has been taken out at source – to pay my rent.

“This morning is particularly important because the company hasn’t been making enough profit for the shareholders, several of whom are already billionaires, so we are all going to get a massive bollocking and told we have to do longer hours.

“It’s a bit of a nightmare really, it’s lucky they don’t keep moving the retirement age back while claiming that the country is running out of cash.

Meanwhile the government confirmed that returning to work was exactly the right thing to do, and that if you kept refusing to do so eventually the police will hit you with truncheons.