IDS to experiment with other human emotions

AFTER successfully crying over a sad thing, Iain Duncan Smith has announced plans to try other human emotions.

The former DWP minister became visibly upset while describing the plight of a single mum on benefits, and is now curious about feelings such as joy, humour and love.

Duncan Smith said: “I went on the internet and made a list of all the emotions. I’m giving them all a go, even the ones that seem to have no purpose, like kindness.

“Joy’s a bastard to get the hang of. I tried listening to the innocent laughter of children in a playground but I just got angry thinking about why they didn’t have full time jobs.

“Love’s next on the list. I’d always seen marriage as a mutually tax-efficient situation between two individuals of a similar class background, but lately I’ve started doing romantic things like flicking my wife’s ear while she’s watching TV.

“I was struggling with humour but then I realised it’s subjective. Some people like gentle humour like Last of the Summer Wine, and some of us prefer shark attacks on YouTube.” 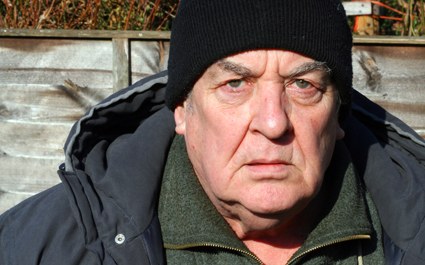 SOME neighbours have fallen out because they are petty, hostile morons who are just as bad as each other.

Norwich-based Tom Logan, and his neighbour Stephen Malley began arguing about a caravan that that was technically impinging on Logan’s front garden by some four inches.

Stocky 73-year-old curmudgeon Logan said: “It was on my land, so the logical first step was to let down his tyres and write ‘knobhead’ in the dust on it.”

Malley said: “He let down my tyres and wrote ‘knobhead’ on my caravan, so I put a house brick through his back window. What else was I supposed to do?”

Logan, who thinks he knows about psychological warfare because he was in the TA for a fortnight, added: “He put a house brick through my back window so I put a dog turd through his letterbox.

“He’ll probably accept that he’s beaten and everything will go back to normal, but with me as the dominant neighbour. We’ll see.”

Local resident Mary Fisher said: “It’s like watching a game of chess, if chess was a game for pointlessly antagonistic dimwits hell-bent on mutual destruction.”