You shouldn't be getting trains if you haven't done the research, say operators

RAIL operators have told passengers to stop using trains if they are too lazy to spend a few hours researching ticket prices.

The train companies have responded to criticism of ‘confusing’ fares by hitting out at lazy passengers who are unwilling to make the necessary effort.

A spokesman for the Rail Delivery Group said: “If you want to make a train journey, approach it as if you’re buying a house or a car. Plan it at least six month in advance, get on the forums, do the research.

“There’s a reason our fare structure is so beautifully complicated. It’s a reward system, like that film Ready Player One, where only the most dedicated and courageous win through.

He added: “First class tickets? That’s different. For those we charge as much as we like because it’s all on expenses so nobody gives a shit.” 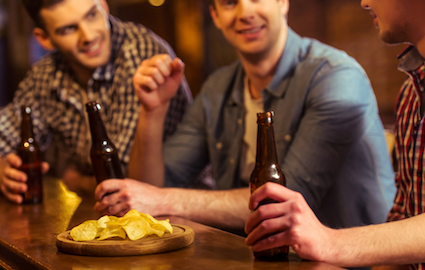 A DRINK at a local pub has been arranged without being discussed at length via an irritating Whatsapp group.

Tom Logan made plans with his friends Martin Bishop and Wayne Hayes using just two texts, instead of setting up a Whatsapp group called ‘Monday Nite Fun Times’ and sending hundreds of messages, including a GIF of a duck drinking a pint of beer.

Logan said: “I sent them both a text that said ‘Black Swan Tuesday at 7pm?’ and they both replied saying ‘Yes’.

“I was tempted to send back a thumbs up emoticon, but then I remembered that I’m not a tit who wastes people’s time by sending them pointless tiny pictures.”

Professor Henry Brubaker of the Institute for Studies,said: “Human beings are excellent at taking clever new technology and using it to be absolute pricks. You can find examples of this in everything from splitting the atom to Facebook.

“What should be an efficient way of sharing information has turned into yet another method of blathering so much self-aggrandising toss that the original point gets entirely obscured by discussions about Designated Survivor and pictures of people jumping.”