FACEBOOK’S business woes are the result of its staff wasting time on their own website, it has emerged.

Mark Zuckerberg admitted his designers and programmers have been spending up to six hours a day liking photos, playing Words With Friends and deleting embarrassing entries from their Timelines.

He said: Some days I want to kill whoever invented Facebook.  Then I remember it was me, and I have to roll around in my money pile until I calm down.

“If you do have to go on the site, at least click on some adverts.

“Literally no one is clicking on the fucking ads.

Mr Zuckerberg has tried, without success, persuading his staff to log out by flooding their news feeds with baby photos and paying their parents to sign up.

Social media addiction counsellor Roy Hobbs said: They’re breaking the number one rule – dont get high on your own supply.”

The markets have remained unimpressed by Zuckerberg’s efforts, despite reports that Facebook staff are expecting a bumper harvest on Farmville.

In contrast, staff in the offices of Google+ are achieving record productivity. 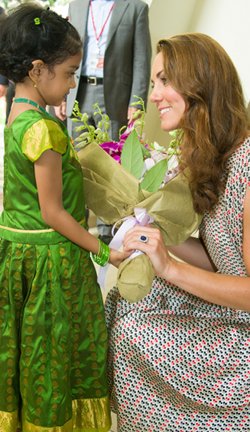 PRINCE William wants to have two children with his wife while commandeering hundreds more to work as slaves in his palace.

As part of their official visit to South East Asia, the Duke and Duchess of Cambridge are inspecting dozens of potential candidates to become part of the couple’s ‘extended family’ of kitchen porters, horse polishers and garden utensils.

William said: “Catherine and I adore children. Except when they disobey a reasonable request to sit perfectly still while balancing an apple on their head.

“They fail to understand that firing a crossbow at an apple that is balanced on a gatepost or a dog is fundamentally unrewarding.”

The couple’s visit to the region is both part of the Queen’s diamond jubilee celebrations and a fact finding mission on the stamina and work ethic of Malaysian toddlers.

The prince added: “Unlike British infants, Asian children under the age of two have tremendous focus on the task in hand. They’re like R2-D2 or WALL-E.

“For example, this one would be great at carrying a large sack of beetroot or a side of pork.”