A day in the life of my struggle to be relevant, by Nigel Farage

THERE is no point to me anymore, but I continue to exist. So while I’m here I may as well irritate everyone as much as possible. Here’s how:

6AM Wake up already dressed in country squire attire of mustard trousers and tweed jacket. Farnborough where I live is basically London, but I can’t have anyone think I’m a metropolitan liberal elite.

8AM Good Morning Britain, to stand up for racists and talk over women. Racking up the Facebook views. Piers and I have a coffee after and swap tips on being inflammatory twats for attention.

1PM Lunchtime. If it not for the inane lockdown I’d use it as a photo opportunity to have a pie and a pint like a normal bloke of the people, rather than a public school-educated ex-banker. Have sushi instead.

3PM Quick trip down to Dover to video myself shouting rabidly about illegal immigrants arriving in boats. Doesn’t matter if the boats are actually full of fish. My audience questions literally nothing.

5PM Tweet ahistorical bullshit about Marxist thugs tearing down statues of benevolent 19th-century educators of their diverse workforce. As long as I throw some dog whistle buzzwords in there my 1.5m idiotic followers will get it.

6PM To LBC for my radio show and my trademark home truths, ie me yelling xenophobia over people trying to make sensible points. You’d think they’d have learnt by now that Nigel doesn’t listen to anyone except Nigel.

10PM Bath and bed with my French girlfriend where I sleep the sleep of a righteous hero of Albion so insecure that I’ll do absolutely anything for one more crumb of attention. 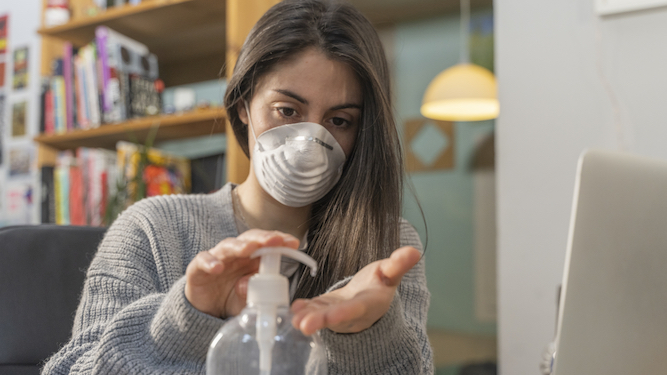 A WOMAN who has barely left the house in months because she is paranoid about coronavirus will f**k it all off for a haircut, she has confirmed.

Charlotte Phelps will not even go to the shops for a pint of milk, washes groceries with bleach and wears a facemask in the garden, but has already booked a July 4th appointment to get her roots done.

She said: “I can’t be expected to go on like this. I found three grey hairs this morning. Some things are bigger than the pandemic.

“We need to be allowed to defend what’s important to us. This must be how NHS workers feel, risking their lives for the greater good.

“It’s a humanitarian endeavor for the whole of society. It’s an affirmation of worth. Caring for my hair is not self-indulgence, it is self-preservation, and that is a radical political act.

“If I go down to the virus at least I’ll go down with beautifully even highlights and no split ends.”