THE MP who asked Kay Burley ‘what’s wrong with you’ has done a very bad thing, experts have warned.

Dawn Butler asked Burley the question during an angry Sky News interview, after Burley pressed her repeatedly on who she would vote for in the Labour leadership contest, even though Butler had said ‘Andy Burnham’ three times.

Parapsychologist, Dr Julian Cook, said: “Oh, Jesus Christ no. You don’t ask Kay Burley that. Unless you are prepared to go all the way.

“This is going to be like The Wizard of Oz if it was directed David Cronenburg.”

He added: “I once thought about what may be wrong with Kay Burley and I passed out at a bus stop and came round a few moments later surrounded by concerned strangers. I told them what had happened and then one of them punched me.”

Butler said: “I’m incredibly sorry. As soon as I said it I thought ‘fuck!’.” 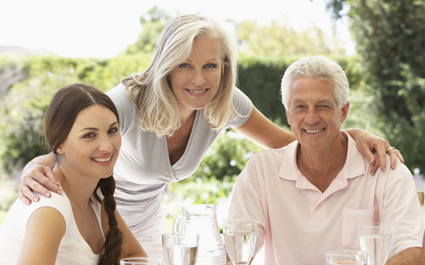 MILLIONS of Britons treat their parents as if they were their friends, it has emerged.

Researchers at the Institute for Studies found that confused adults are spending time with their parents voluntarily.

Professor Henry Brubaker said: “The ‘parent friend’ or ‘friendent’ is a worrying trend. You are supposed to like your parents until you are thirteen, then hate them for a few years, then see them as a mildly endearing embarrassment to be tolerated on certain obligatory dates.

“But if you watch modern TV talent shows, you’ll see adult people bringing along their parents as if they were not the ultimate destroyers of credibility.”

27-year-old Mary Fisher said: “My boyfriend said his parents were coming round at the weekend. I asked why and he looked at me as if I were pure evil.

“Seriously though, why? What do they want? Hasn’t he got friends his own age that he isn’t related to?

“He’ll probably want them to come and live with us when they get old, like they do in foreign countries. I’d rather send them somewhere that’s basically a prison with cake.”

Engineer Norman Steele said: “I went on holiday with my mum and dad, out of choice.

“It was pretty fun for a bit, but then I was looking at my mum and it suddenly struck me that I came out of her vagina.

“The vibe was a bit weird after that.”