BBC newsreaders stalked by Queen for fifth time in a fortnight

TWO BBC newsreaders have claimed the Queen is following them.

Julian Worricker and Sophie Long said the Queen’s on-air appearance behind them yesterday was the latest incident in what they described as a ‘growing and unhealthy obsession’.

Worricker said: “Twice last week she was sitting in the lobby when I arrived for work. She just waved very slowly and stared at me until I got into the lift.”

Long added: “I was in the cereals aisle in Tesco and when I looked around there she was. She grabbed a box of Sugar Puffs and pretended to read the back of it.

“I said to her ‘it’s upside down’ but she just ignored me.” 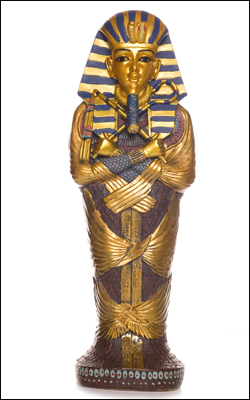 EVERYONE is trying really hard not to say anything horrible about tasteless coffins, it has emerged.

The trend for garish coffins has left the entire nation appalled but unable to say anything due to their contents of dead people.

Office manager Donna Sheridan said: I was watching the news when I saw a bright orange coffin with Pokemon all over it, and I wanted to shout out Just look at that monstrosity!

Then I remembered there was a dead man inside and realised my thoughts had turned me into a very horrible person. Thats definitely what I was thinking though.

Even so, I cant help but think it undermines the sense of respect for the dead when theyre being lowered into the ground with Homer Simpsons face staring up at the mourners.

Undertaker Denys Finch Hatton said: We have noticed an increase in demand for coffins that can only be described as fucking ridiculous.

Tweetie Pie, Brian May, the cast of Twilight  people are increasingly keen on coffin designs that look like mobile phone covers.

Someone even asked for Chris Moyles’s face, I had to reply they’d be better off leaving the body in the street to be eaten by stray dogs.

Data inputter Tom Logan said: The other day I went to a funeral and I wanted to say For Gods sake, you cant bury someone in a Batman coffin!

Mum was a massive Christian Bale fan though.”