Brian May's deer 'said Freddie was the talented one'

BADGER fan Brian May culled deer on his estate after overhearing them say Queen was really all about Freddie Mercury, it has been claimed.

A source said: “Brian was walking the estate and there was a stag and a doe in the hedge talking about how his guitar playing was workmanlike at best.

“The stag thought that without such a charismatic frontman Queen would have been just another pub rock band.

“The very next day, the guns came.”

Death of Twinkies could affect US holiday one-upmanship 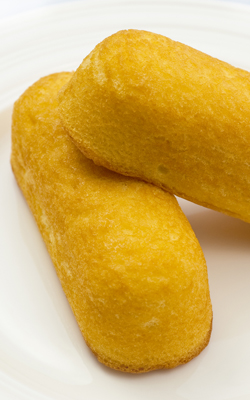 THE demise of Twinkies could leave thousands of British holidaymakers unable to show off about having eaten them.

Twinkies manufacturer Hostess has gone bust, meaning tiresomely aspirational Amero-philes may soon have one less exotic experience to boast about.

Mother-of-two Emma Bradford said: “We’re one of those weird families that is inexplicably obsessed with America, from WWE wrestling to having a ‘hot tub’ in the garden.

“This year we’re going on a holiday to Florida that we can’t really afford, purely so we can brag about it to the neighbours.

“Apart from going to something called the ‘Epcot Centre’ one of the main boasting topics was going to be how we ate Twinkies, Oreos and Hershey bars.

“Now I’m fairly sure you can buy Hershey bars and Oreos in Britain with some persistence, but not Twinkies. So it really is essential that they don’t disappear from American shops at least until we get a chance to eat some.

“Although I suppose we could just lie about having had Twinkies.”

Emma Bradford’s neighbour Stephen Malley said: “We actually went to America last year on a no-expenses-spared trip and ate loads of Twinkies, they were as delicious as angels’ vaginas.

“It’s just a shame Emma Bradford wasn’t wealthy enough to afford a trip in time to be sure of experiencing them, but then her husband only earns £11.5K after tax.

“America was amazing, the Grand Canyon is so big that you couldn’t possibly understand it. Also they have waffles for breakfast, it’s incredible.”