Britney To Be Frozen Until Pop Standards Collapse

BRITNEY Spears is to be frozen in a tube until pop standards decline sufficiently for her to relaunch her career, it was confirmed last night.

The star’s management took the decision after experts said chart music quality will continue on a downward trajectory relaltive to Spears, before bottoming out in 2569.

A spokesman said: “To many 563 years may seem like a very short space of time, but she’s really not that bad.”

Musicologist Dr Julian Cook explained: “By 2569 popular music will have degenerated to the extent that the Academy of St Martin in the Fields will take down its portrait of Schubert to make way for a poster of Dappy from N-Dubz.

“The biggest-selling track will be a recording of dead mammals being dropped by a ginger child into a huge steel container, probably entitled Bonk or Beach Tits.”

He added: “Meanwhile the educated cultural elite will flock to elegant concert halls to hear renditions of Sisquo’s Thong Song performed by a collective of muscular dwarves in bondage gear.

“TV talent shows will also continue to be a prime source of musical degradation, particularly Britain’s Got The Ability To Press The Demo Button On A Keyboard and The Vaginal Flute Factor. Thus I predict moderate success for a defrosted Britney, if she can stay off the sauce.”

However, those close to Britney are concerned about similar plans by the singer’s ex-husband, who has named himself ‘K-Fed’ after an obscure budget supermarket chain.

An insider said: “Britney is terrified that K-Fed will emerge from a deep freeze in 600 years time clutching a now-archaic sex tape.

London Now Worse Than Some Place In Australia 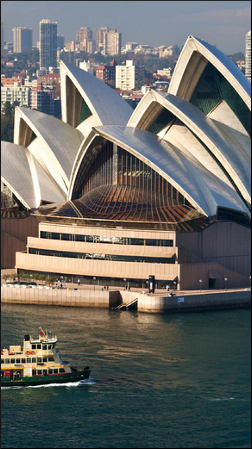 LONDON now offers a worse quality of life than some place in Australia for God’s sake, it emerged last night.

In the latest indictment of the capital, an international survey found that Sydney was a better place to live even though it is full of Australians.

Experts stressed that if London is now worse than an Australian place then they may as well just go ahead and rank it below Mogadishu or one of those Colombian gangster hell holes.

Martin Bishop, surveys analyst at Donnelly-McPartlin, said: “Mogadishu is currently full of pirates and bomb craters, but at least most of the people who live there are Somalian.

“And while London is currently full of pirates and bomb craters, at least most of the people who clean its hotel toilets are Somalian.”

He added: “But to be ranked below an Australian place means that either the survey organisers were bribed or we should be setting fire to everything in Britain and jumping into a boat.”

After being told the city was worse than Australians London mayor Boris Johnson got up from hs desk at the assembly headquarters and thanked his secretary before walking to the lift and pressing the button for the top floor.

He then made his way to the roof and was about to climb onto the railing when he was grabbed by his shirt tails and bundled to the ground.

As he was strapped to a trolley and wheeled into an ambulance he shouted: “Australians! Australians! Let me die! If there is a God in heaven, let me die!”

Tom Logan, a trainee architect from Finsbury Park, said: “While this result is truly horrifying, I’m just wondering whether it’s maybe connected to all the rudeness and the urine.”