BONO has cancelled his appearance at Glastonbury forcing
organisers into a last minute hunt for some other twat.

For more than 120 years the headline spot at the white collar hippy festival has been filled by some of music’s biggest arseholes, including the one with all the hair, the whiny American chap and that ridiculous Mancunian who has taken to selling t-shirts.

But now Michael Eavis, the simple multi-millionaire farmer who runs Glastonbury from his upside down head, has appealed to managers all over the world to check their schedules and see if one of their twats is available.

He added: “Obviously we’re disappointed. Bono truly is a once in a generation bellend.

“But perhaps this year will see the emergence of a new breed of utterly hellish prick who will prance around thinking he’s Jesus in front of a load of London-based media and marketing executives who’ve paid way too much for their funghi.

“Meanwhile, I’ve got to find something to do with this 200ft wide backdrop of Bono blessing Pope Benedict. I suppose we could make it into a duvet cover for a blue whale that really likes The Joshua Tree. My God, can you imagine anything worse?”

U2 were forced to cancel after Bono ruptured his back while trying to reconcile his support for third world debt relief with his Cote D’Azur mansion and his army of highly skilled tax accountants.

Coldplay have been suggested as a replacement, but even U2 fans have threatened to petrol bomb the main stage if Chris Martin is spotted so much as a foot inside the Somerset County Council boundary.

Nick Griffin To Tour With Aswad 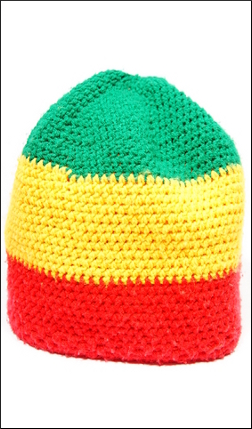 NICK Griffin is to step down as leader of the British National Party and form a funk/reggae fusion project with
Aswad.

Griffin is currently holidaying in Barbados and is receiving intensive tuition in bass guitar from Bootsy Collins.

His aides say he can manage most of Legalize It by Peter Tosh but is still having trouble with some of the key changes in Let Jah Be Praised after finding the tuning to be considerably different to that of Chas & Dave.

The BNP leader said: “It’s time to hand the reigns over to a younger leader with the energy needed to take the party forward and for me to explore the outer regions of my interplanetary groove thang.

“It’s the music of my forefathers as my research has shown that the major pioneers of Hard Bop, Psychedelic Soul and Dub Riddim were all white, British men.

“For instance, before signing with King Records, James Brown was actually a redheaded fishmonger from Carlisle.

The piece, to be performed by the Aswad Roots Orchestra, is a confusing tale set during World War II featuring Vikings, homophobia and Lee Scratch Perry reading the speeches of Oswald Mosley.

Reggae expert Charlie Reeves said: “While the genre has always been the voice of the oppressed, I can confidently state this is the first time I’ve ever heard lesbian social workers referred to as ‘The Babylon’.”