Brooks and Coulson 'paid each other to talk about affair'

FORMER News of the World editors Rebecca Brooks and Andy Coulson only discussed their intercourse after paying each other five-figure sums, it has been claimed.

The High Court in London heard the pair had a passionate six-year affair, but only exchanged affectionate statements or love letters after signing contracts and then hiding each other at a four star hotel near Watford.

Emails revealed that Brooks contacted Coulson saying she wanted to tell him everything about his bedroom prowess but it would cost £50,000.

In return, Coulson said the money would only be payable if Brooks agreed to a world exclusive and a photo of her in her ‘bra and pants’.

In one email Brooks said: I have been having an affair with a senior journalist at the News of the World. For the right price, I am willing to not only tell you that its you, but go into very explicit details about how you can go all night long.

Coulson replied: I am very interested in this story. Can we guarantee that no-one else will get hold of it before Sunday? Im thinking in particular about your scary husband, Ross Kemp.

The court heard how the same £50,000 would be transferred back and forth between the two lovers up to three times a week.

In another exchange, Coulson told Brooks: I had the most amazing sex with a insatiable redhead last night. I want to talk about it but I need to know I will be looked after.

Brooks replied: The money is no problem, but I need something thats going to set the agenda for the rest of the week.

For instance, was one of us dressed like Captain Caveman?”

Only unappealing 'own brand' fizzy drinks allowed on sale 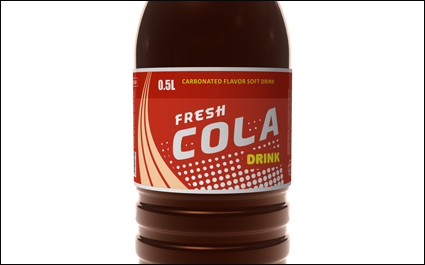 FIZZY drinks must be drab ‘own brand’ versions, under new plans to cut child obesity.

Popular brands like Coca-Cola, Pepsi and Fanta are to be withdrawn from supermarket shelves, leaving only stores’ shit-looking versions that no child on Earth wants.

A government spokesman said: “Everyone who’s ever been to school knows that shop-brand fizzy drinks, with names like ‘Low Calorie Lemonade’, ‘Farm Ginger Ale’ and ‘Fizzy Orange’, are inherently unappealing and drinking them makes you a social pariah.

“With their unimaginative branding and overall lack of any marketing concept, they smack of ‘loser’. You probably wouldn’t drink them and nor will your kids.”